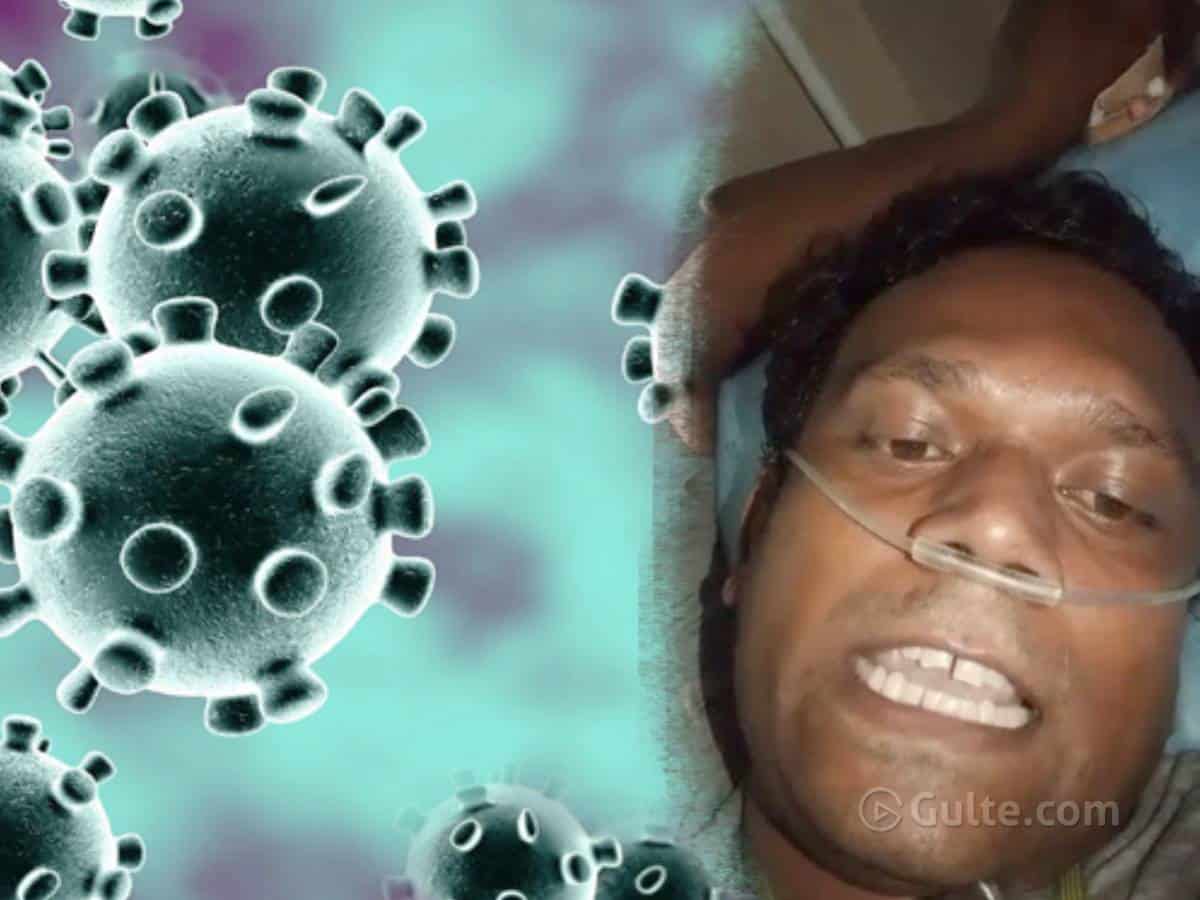 A selfie video by a Coronavirus patient, Ravi Kumar, who breathed his last three days ago (on June 26) alleging that patients were not being given proper treatment has become viral and kicked up a controversy in Telangana.

This selfie video reveals that Corona patients are not being given proper treatment in government health facilities. Recently, a man lost his wife running from one hospital to the other after the doctors refused to admit her saying that she was a Covid-19 patient and had to be admitted only to a specific hospital, even when he told them that she was suffering from asthma. Before that, a journalist, Manoj, too died in the Gandhi Hospital, complaining that proper sanitation was not being maintained in the government hospital.

The kin of Corona patients allege that the government hospitals have turned into death traps for the patients. However, Mahbub Khan, the superintendent of Chest Hospital, claimed that Ravi Kumar died of heart failure. Khan said that there was no shortage of oxygen in their hospital. He said that they had not removed the ventilator as being claimed by Ravi Kumar. Further, he said that at times, despite providing all treatment, patients die.

It was learnt that Ravi Kumar developed Covid-19 symptoms and gave his swab samples for testing in a private lab on June 24 but the report was given to his family members on June 27, a day after his death and he tested positive.

He got admitted to the Chest Hospital with breathing problem and infection in lungs.

Mahbub Khan said that Ravi Kumar got admitted in their hospital on June 24 night and died on June 26 morning. All the medicines were given to him and oxygen was also provided. Normally, people affected by Covid-19 are recovering after being provided 2-3 lts of oxygen but in some cases like that of Ravi Kumar, the heart also is getting affected due to the Covid-19 infection.

“He got admitted to the hospital with mild symptoms of Covid-19 and we did all we can but of late, in the last 10-15 days, patients are dying due to myocardial infarction. Covid-19 infection is also affecting the heart in some cases,” Khan said.

The hospital superintendent said that oxygen was supplied through nose to Ravi Kumar. Covid-19 infection is affecting even the heart and in case of such patients, death occurs in a few hours as they keep gasping for breath despite being provided sufficient oxygen, he explained. Khan ruled out any negligence on the part of the hospital staff.

Over 30 people took part in his funeral rites and all of them have been quarantined. Ravi Kumar belongs to Jawahar Nagar in Medchal Assembly constituency.

Meanwhile, Ravi Kumar’s parents said that they were not allowed to visit their son and that they do not know what happened inside the hospital. His father also said that none of the private hospitals admitted their son and it was only the NIMS doctors who referred that Ravi be taken to Chest Hospital. “My son told me that the oxygen supply was given intermittently.” Further, he said that their son took ill suddenly and passed away.