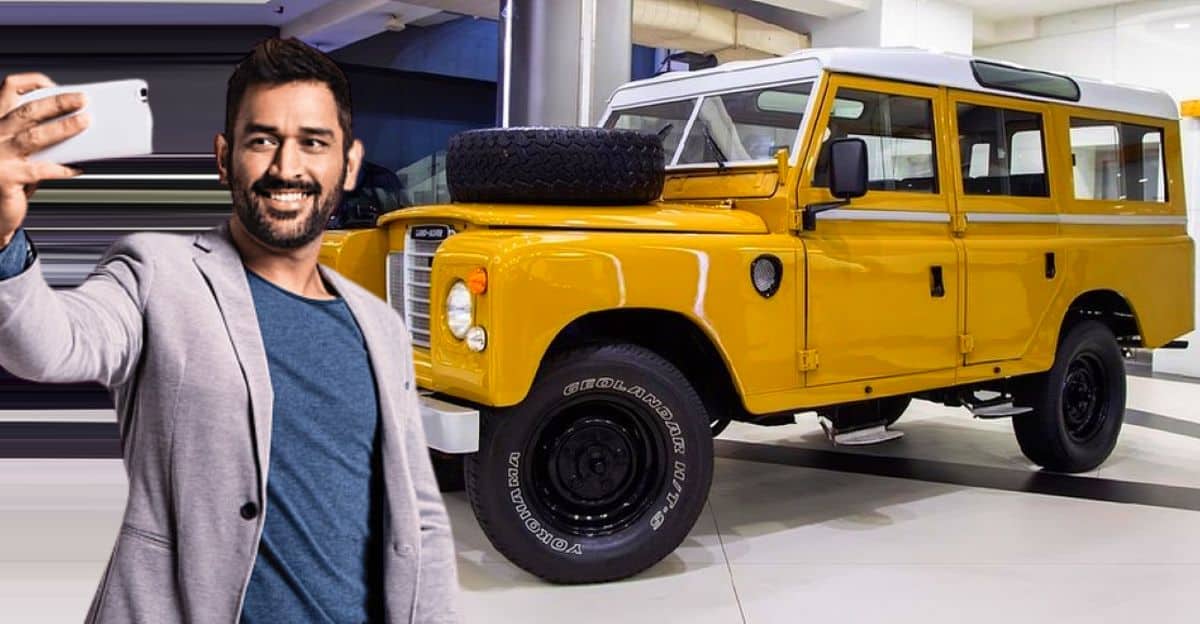 Former cricketer MS Dhoni is a bike enthusiast and also has a liking for four wheelers too. In fact, Dhoni has a separate garage for all the vehicles he owned over the years. From the expensive Hummer to top speed cars like Porsche are part of Dhoni’s collection. Now, Dhoni has added a vintage car to his garage and he bought the same in an online auction.

Also the details of the purchase were not disclosed for obvious reasons. Generally vintage cars are priced higher than usual and this car bought by Dhoni is five decades old. So one can imagine this 1970 Land Rover is indeed costly to own.

Leading pre-owned cars, Big Boy Toyz has held an online auction of vintage and classic cars on December 19th and on January 8th, the auction was closed. Dhoni quoted a decent price to get the Land Rover, he eventually deserved what he aspired for.

Once the SUV reaches Dhoni’s garage, he would definitely take it out for a ride and he cherishes such experience of driving vintage wheels.