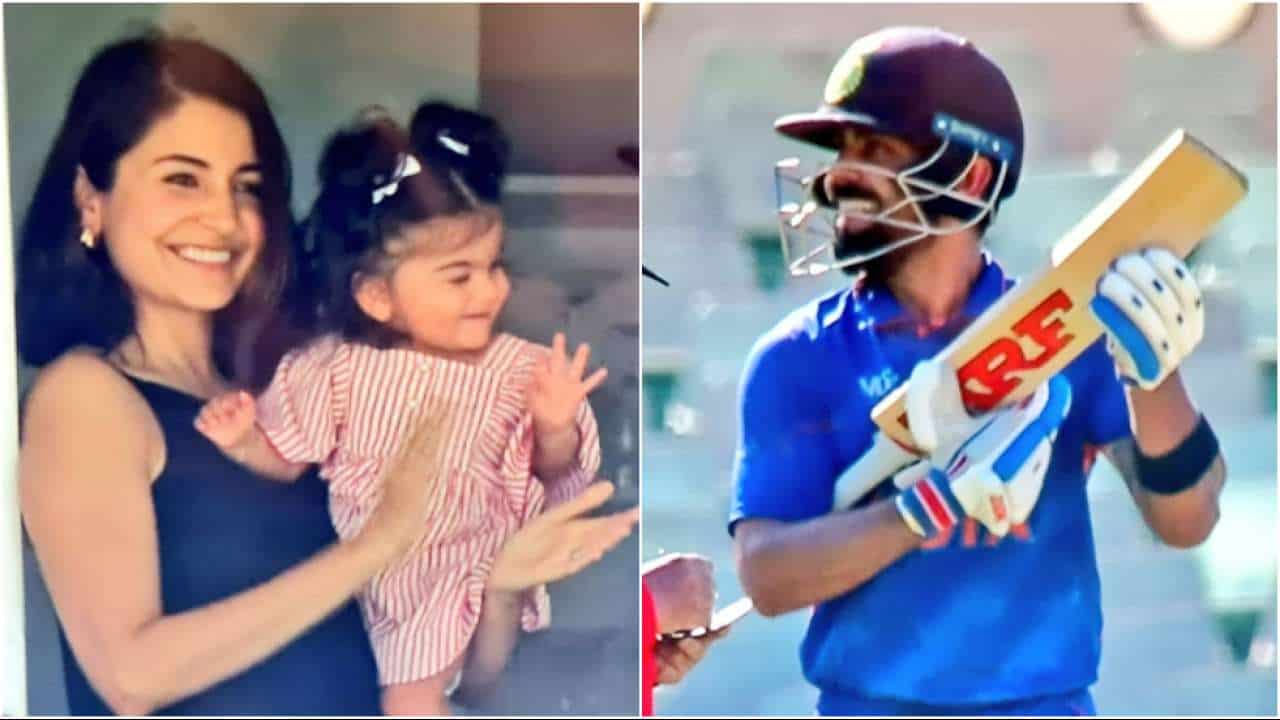 As we reported yesterday, Virat Kohli and Anushka Sharma’s daughter Vamika’s pictures were leaked for the first time after the little girl accompanied her father for his ongoing tournament in South Africa. The pictures showed Anushka holding Vamika in the stands and when the cameraman just gave us a glimpse of the little girl, several netizens shared the leaked moment on the internet.

Today, as expected, Anushka has issued a statement on the incident. The pictures of Vamika have already gone viral real quick and have been widely shared by fan clubs on Twitter and Instagram. Ever since she was born, Vamika’s identity has been closely guarded and after the unforeseen situation, the actress issued a statement.

It reads: “Hi guys! We realise that or daughters images were captured at the stadium yesterday and widely shared thereafter. We want to inform everyone that we were caught off guard and didn’t know that the camera was on us. Our stance and request on the matter stays the same. We would really appreciate if Vamika’s images are not clicked/published for reasons we have explained earlier. Thank you!.” Within minutes of releasing the statement, Virat Kohli also posted the same on his Instagram Story.

A majority of fans were elated to see Vamika for the first time and gushed over her cuteness. But a few were not impressed with the breach of privacy. Earlier, pictures of Vamika were blurred but her pictures today have taken social media by storm and has sent Virushka’s fans into a tizzy.

In anger, a few netizens have stood in support of Virat Kohli and Anushka and slammed the cameraman who clicked the little one. On the other hand, anti tweets appeared asking Virushka how long can they keep asking the world not to click her daughter’s pics.