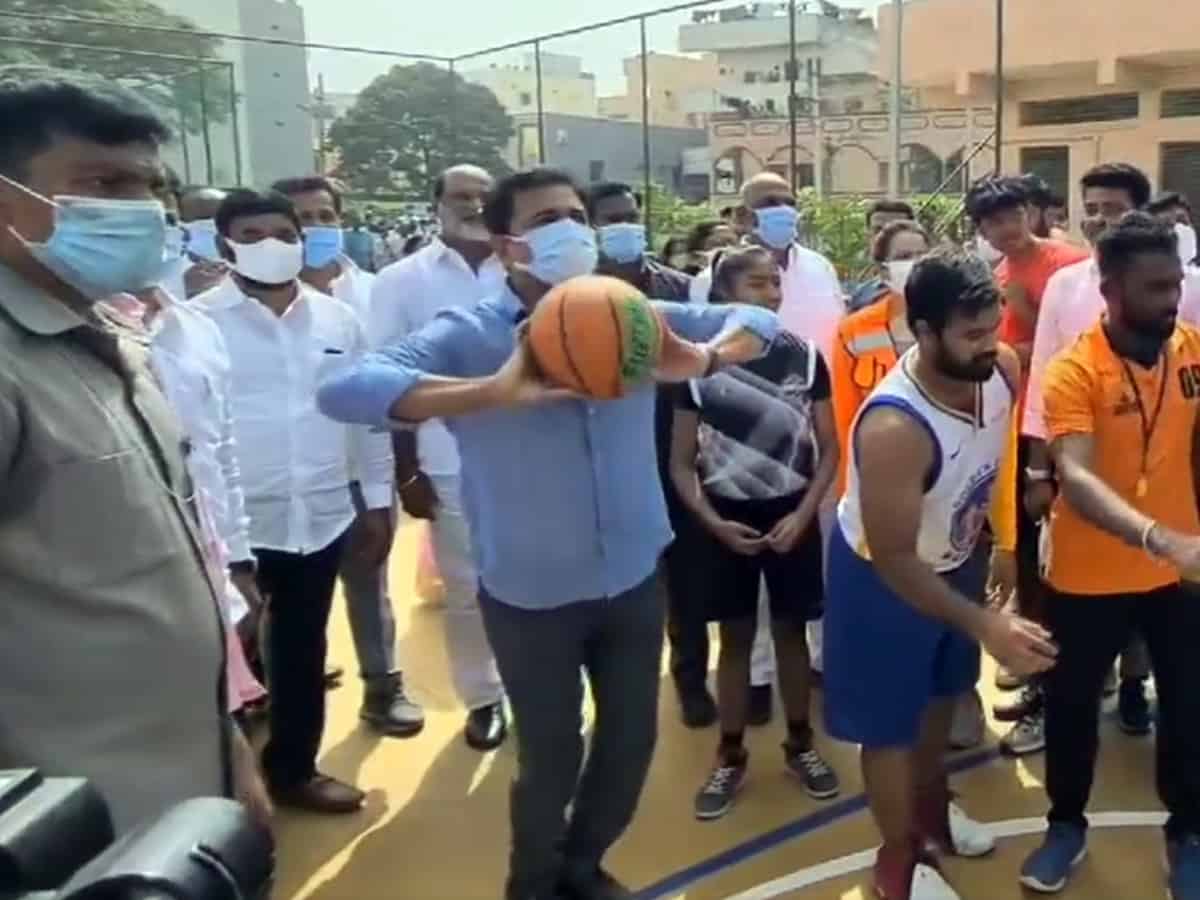 Telangana IT minister KTR took part in a few developmental works in Hyderabad. As part of KTR inaugurated Sports Theme Park (STP) in TSIIC Colony, Quthbullapur and interacted with kids who were at the venue.

The sports park had a basketball court too and children in the court handed over a basketball to KTR. Well the minister gave it a shot and he was perfect. The ball fell directly into the nets and that was some throw from KTR. Probably he too did not expect the ball would jump into the ring.

Sharing the video of this TRS spokesperson Krishank wrote, “Was it close to a 3 pointer by @KTRTRS….” in reply KTR added, “Not Bad. Heh” with a smiling eyes emoji.