US: Trump Threatens To Cut Funding To Schools If Not Open 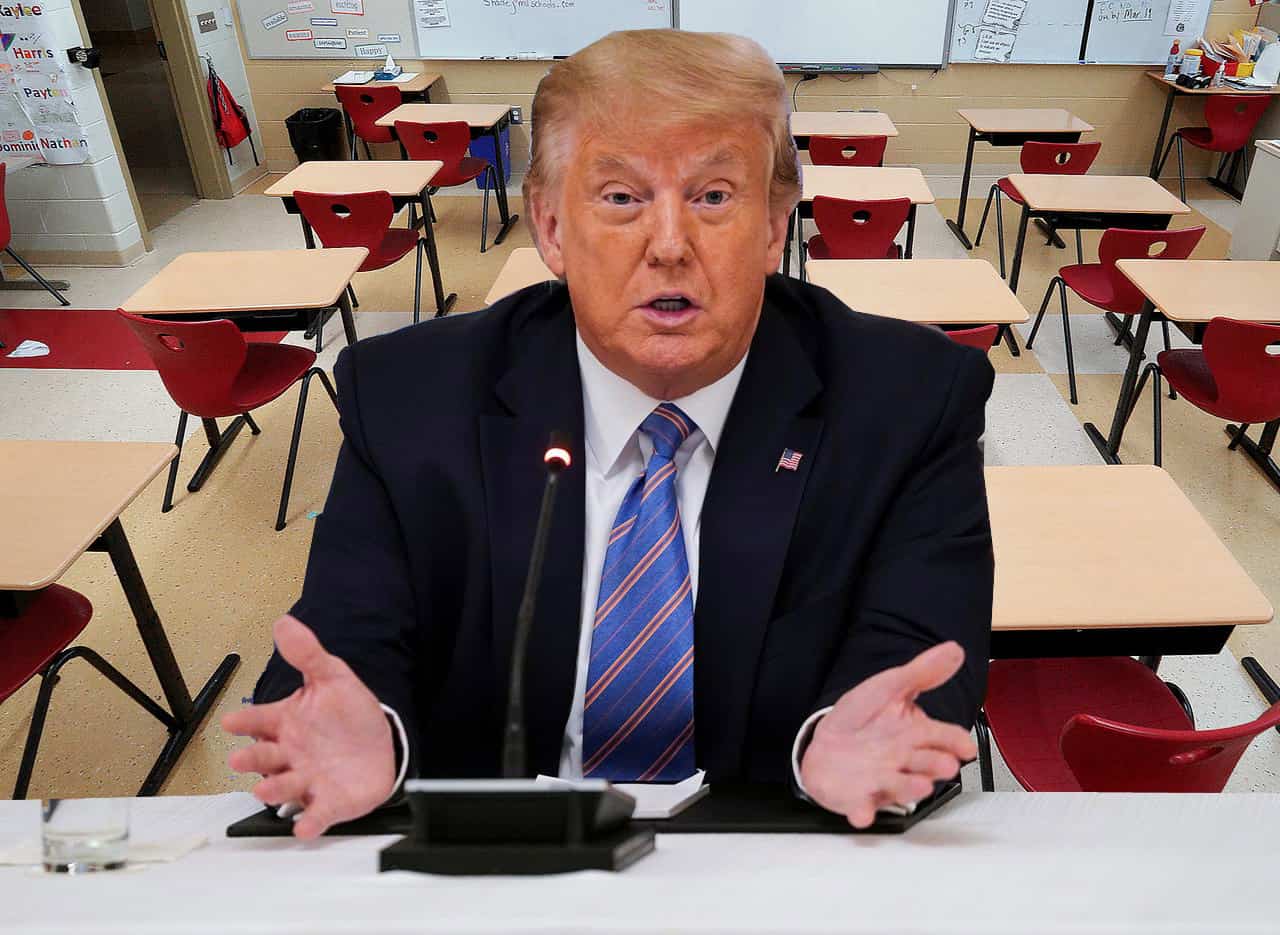 Amid the virus spread and a big surge in the number of cases, US President Donald Trump is enforcing rules on reopening.

Trump openly said that the current guidelines issued by the CDC are tough to bring the children back to school and he threatened to cut off federal aid to schools that refuse to fully reopen this fall.

The US President mentioned schools in Germany, Denmark, Norway, Sweden, and many other countries, where schools are open with no problems and he castigated Democrats thinking it would be bad for them politically if schools open before the November Election.

While Trump brings the examples of the above-mentioned countries, many criticized that those countries have been facing problems and it is not like there are ‘no problems’, and countries like Denmark, Taiwan and Australia are taking precautions like phased rollouts, masks all day for everyone and extensive contact tracing.

On the other side, the US Immigration’s guidelines to send international students (F1 visas) back to their respective countries, if they chose the online-only courses in universities, are attracting huge criticism and the universities are not happy as well.