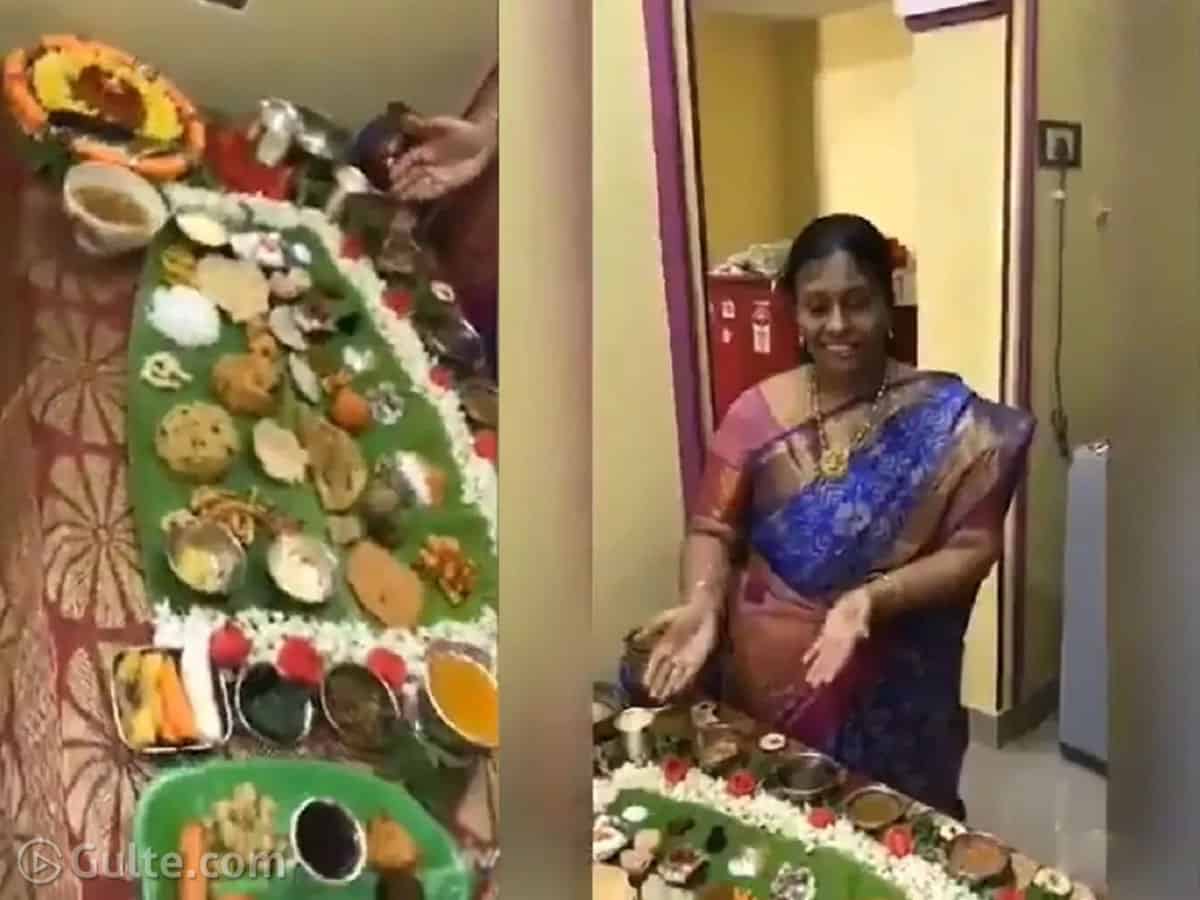 In our country, the newly married couple will be given special treatment. Especially when the son-in-law is visiting his in-laws place, he would be reckoned as a VIP and make sure that he is made to feel comfortable. The food he would be offered is something very special.

Doing the same, a woman from Andhra Pradesh has done an unimaginable thing by preparing five course meal containing approximately 67 dishes. A video of this is being shared on social media and it has gone viral like anything.

The video has all the food items placed in a banana leaf and woman reveals each and every item that she has done. But most importantly, the woman gifts five grams of gold and it is place in a dessert so that her son-in-law would treat it as a sweet gift.

The social media has lauded the woman for preparing so many items but later it is revealed that the preparations were actually part of a cooking competition. Nevertheless, this woman’s efforts should be appreciated.