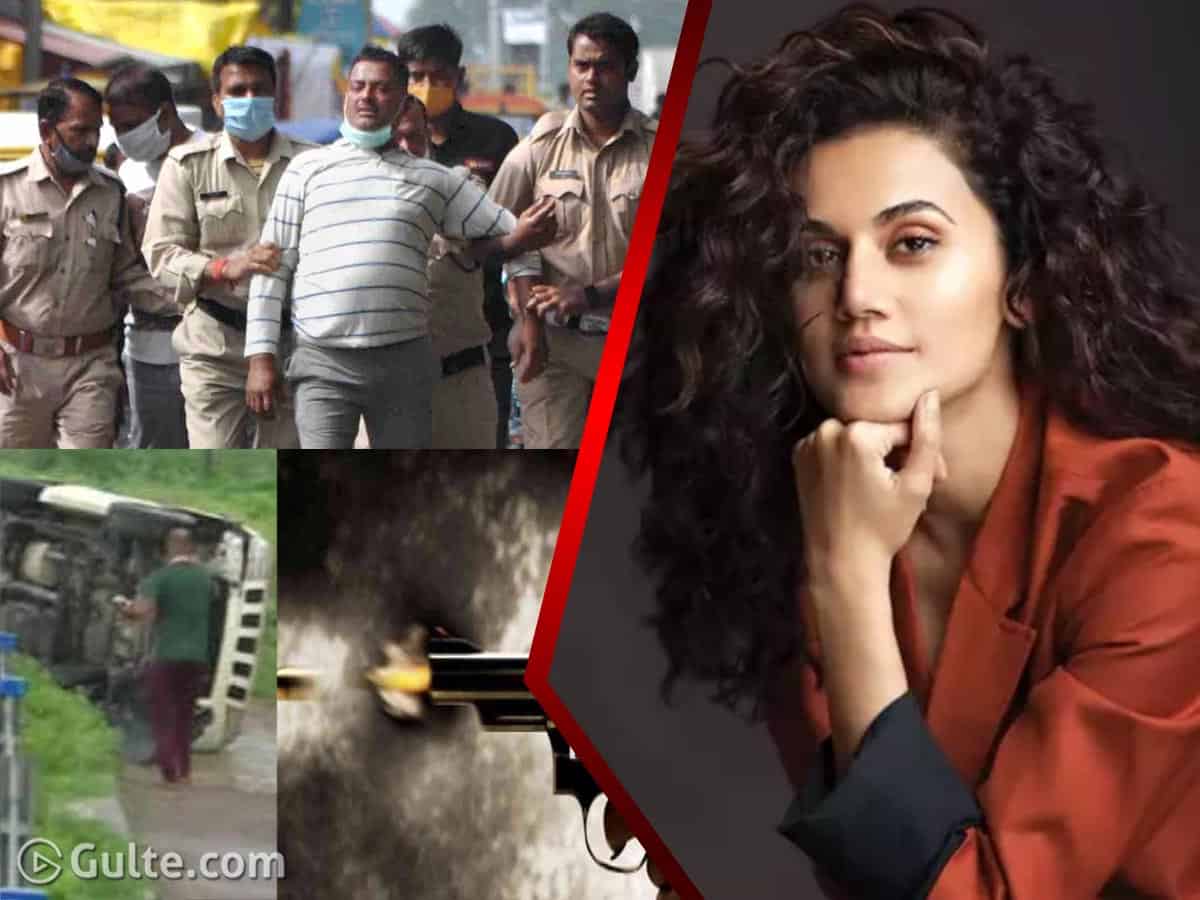 The encounter of gangster Vikas Dubey this morning has created a storm in the political circles. The oppositions of Uttar Pradesh allege that Vikas Dubey was intentionally killed as many cops and politicians have links with him.

Now we hear a petition regarding the encounter is likely to be failed in Supreme Court of India. Even celebs are reacting on this encounter but it’s happening beauty of Bollywood Taapsee’s reaction that has made interesting point.

There is a criticism on Bollywood that their stories of the films are very fictitious and lock a novel theory. Bringing these two arguments together, Taapsee wrote, “Wow! We did not expect this at all !!!! And then they say our bollywood stories are far from reality.”

In the recent times, Bollywood has made films inspired by true events but critics opined that the facts are twisted in such films. But Taapsee has made a point and might also have provoked some directors who generally make films on true events.