Apple to discontinue the revolutionary iPod 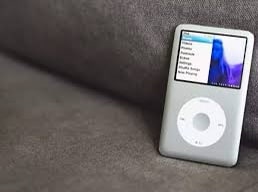 Tech giant Apple has announced that it would be discontinuing the portable music player iPod, a device that revolutionised the music industry. Launched by Apple co-founder Steve Jobs in 2001, iPod came in various shapes and sizes starting with the pocket-sized iPod classic with a click wheel and the final iPod touch.

In its blog Apple stated that customers can still buy Apple iPods, mainly the iPod touch (7th generation) until stocks last. The last iPod – 7th generation model was introduced in 2019 and it came with Apple’s A10 Fusion chip. However with storages and features growing in smartphones, the sales of iPod have dipped over the years.

With low sales, iPod has lost its glory and eventually forced Apple to reconsider manufacturing the musical device. Since it was launched, Apple has sold close to 450 million iPod devices but the real trouble for iPod started in 2014. The same year the sales fell by 24 percent and the following year, Apple stopped reporting the sales of iPods.

In tech research, Apple sold an estimated 3 million iPods last year, compared to the 250 million iPhones it sold. With statistics before Apple, they have no other choice of discontinuing the device owing to poor sales.