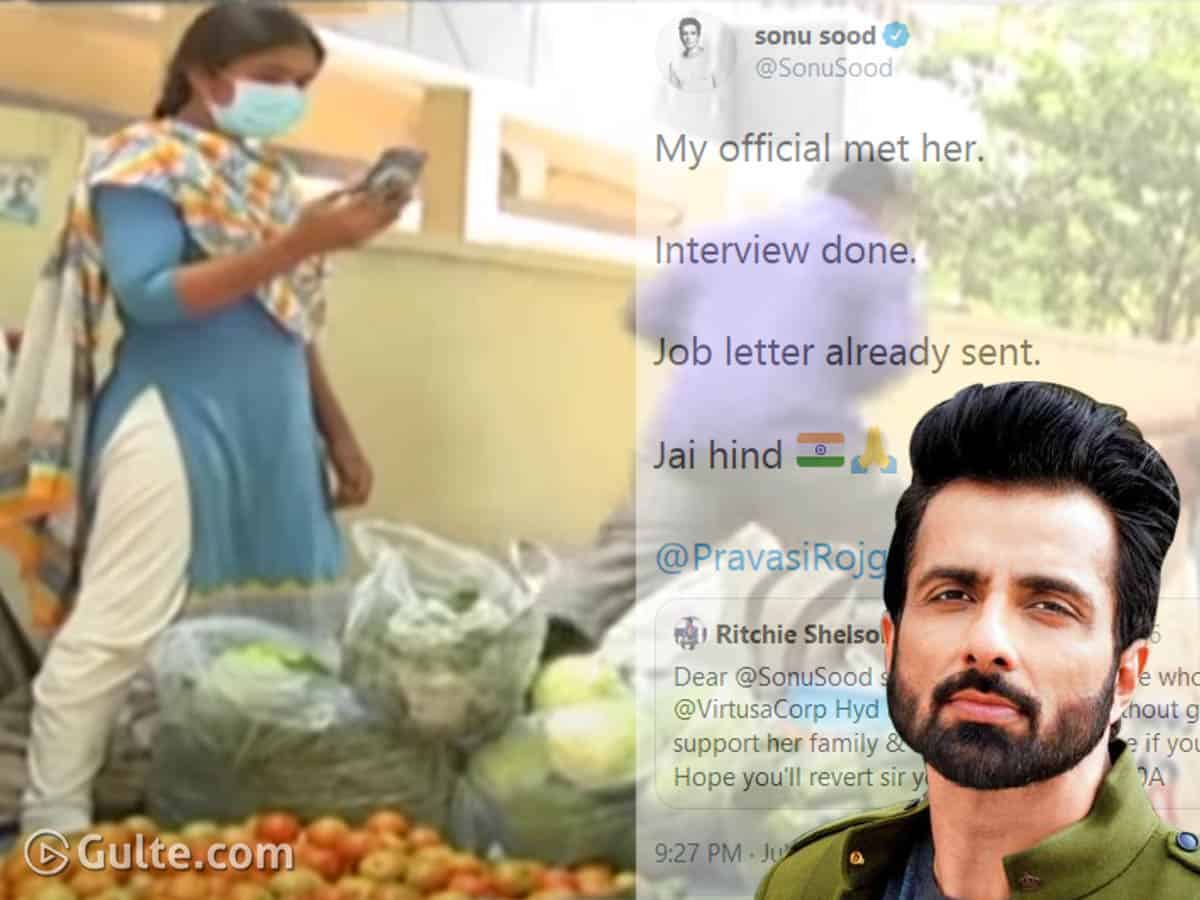 The other day we at Gulte have reported about a Hyderabad lady techie losing her job and situations have forced her to sell vegetables to support her family. Actor Sonu Sood has reacted even to this story and guess what, he offered her a job too.

Taking to his Twitter handle, Sonu wrote that his official had met her and interviewed her who is identified as Sharada. Seems like, Sharada has that talent as she received an offer letter too from Sonu’s official.

Sharada was working at Virtusa and was a new joinee. The lockdown has brought troubles to her in the early days as the company laid off her.

However, Sharada did not get disappointed on losing her job. She added that before getting a job, she would support her father who is a vegetable seller.

Now all is well!