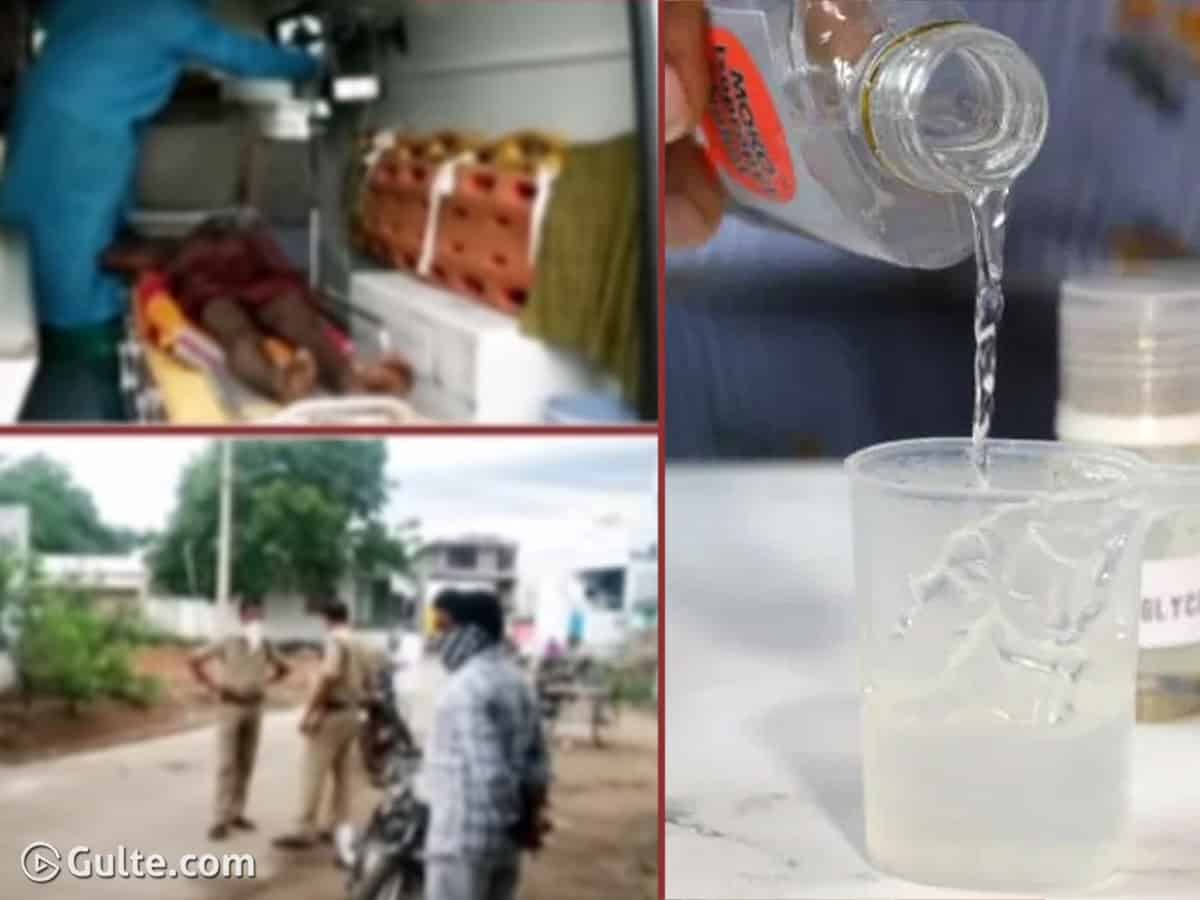 As the district administration has imposed strict lockdown measures in the containment zone in Prakasam district where Corona cases are springing up rapidly, several locals who are addicted to liquor are forced to look for alternate options such as consuming sanitisers. Some locals, who consumed sanitiser as liquor became unavailable in the area, lost their lives. As many as eight people have been reportedly dead in various incidents in Kurichedu of Prakasam district.

Going into details, two beggars in Kurichedu were addicted to liquor. They said they had consumed sanitisers. On Thursday night one among the two died of severe stomach pain. The second person was found in a critical situation. Locals have immediately informed 108. 108 staff rushed him to Darsi government hospital but in vain. The second person too lost his life while undergoing treatment at the government hospital.

In another incident in Kurichedu, 28-year-old Kadiyam Ramaniah was spotted mixing sanitiser with Natu Sara by locals. Locals said to have warned him not to drink sanitiser but their words had fallen on deaf ears as Ramaniah didn’t pay heed to locals’ warning. In the night, Ramanaiah was found lying unconscious at his house. Seeing him in an unconscious state, his family members have dialled 108. The 108 staff have taken Ramanaiah to Darsi government hospital. But hospital officials confirmed that Ramaniah was brought dead.

Meanwhile, another 5 persons were found dead in the same Kurichedu of Prakasam district due to consuming sanitizer. The dead were identified as Anugonda Sreenu (aged 25), Bhogem Tirupataiah (aged 37), Guntaka Ramireddy (aged 60), Ramaniah (aged 65) and Rajareddy (aged 65). According to media reports, the details of another person is yet to be known.

The liquor shops have been shut for the last 10 days in the region. As Corona cases are increasing, the district officials have imposed lockdown. This resulted in alcohol addicted persons consuming sanitisers and losing lives.