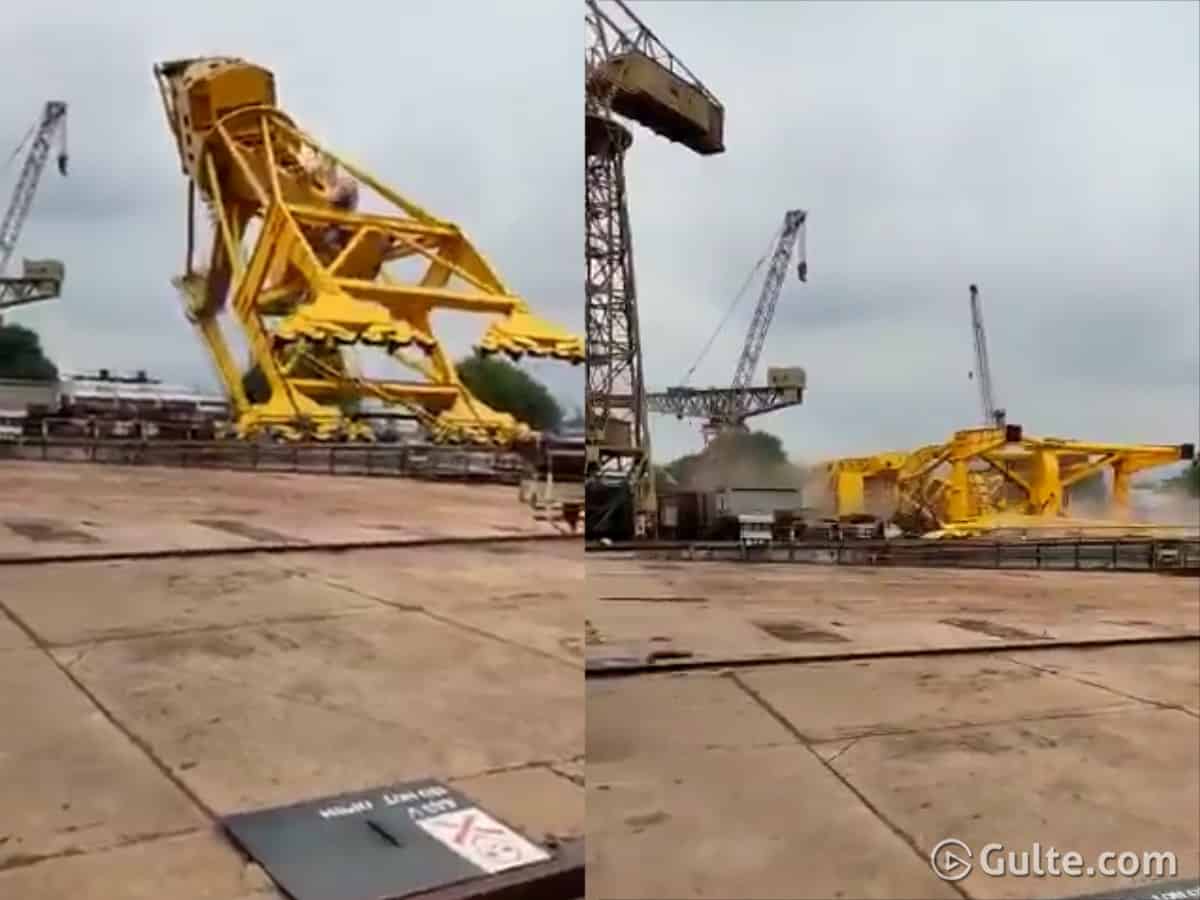 Yet another mishap occurred in Vizag and this time, it is in the Hindustan Shipyard. A heavy-duty crane crashed trapping many under the debris on Saturday. Nearly 11 people are feared to have been killed in the accident and one person is injured. Probably, this is the major mishap that occurred in HSL, since its inception.

Rescue and relief operations have been launched as a few more people are suspected to be trapped under the debris.

The accident occurred while the HSL staff were examining the operation procedure of the crane. The crane was purchased by the HSL a decade ago for various works at the shipyard.

Visuals of the crane toppling down have also emerged on social media as people at the shipyard stood watching in horror.

DCP Suresh Babu confirmed the incident and said the heavy duty crane collapsed at Hindustan Shipyard and 10 people have died so far.

In the last few months too, the City of Destiny witnessed several mishaps like the leakage of toxic styrene gas from LG Polymers which claimed 12 lives and another gas leak from a pharma firm.

Now, with the city being elevated as the executive capital of AP, authorities have to be more cautious and careful to ensure that major accidents do not occur in Vizag.