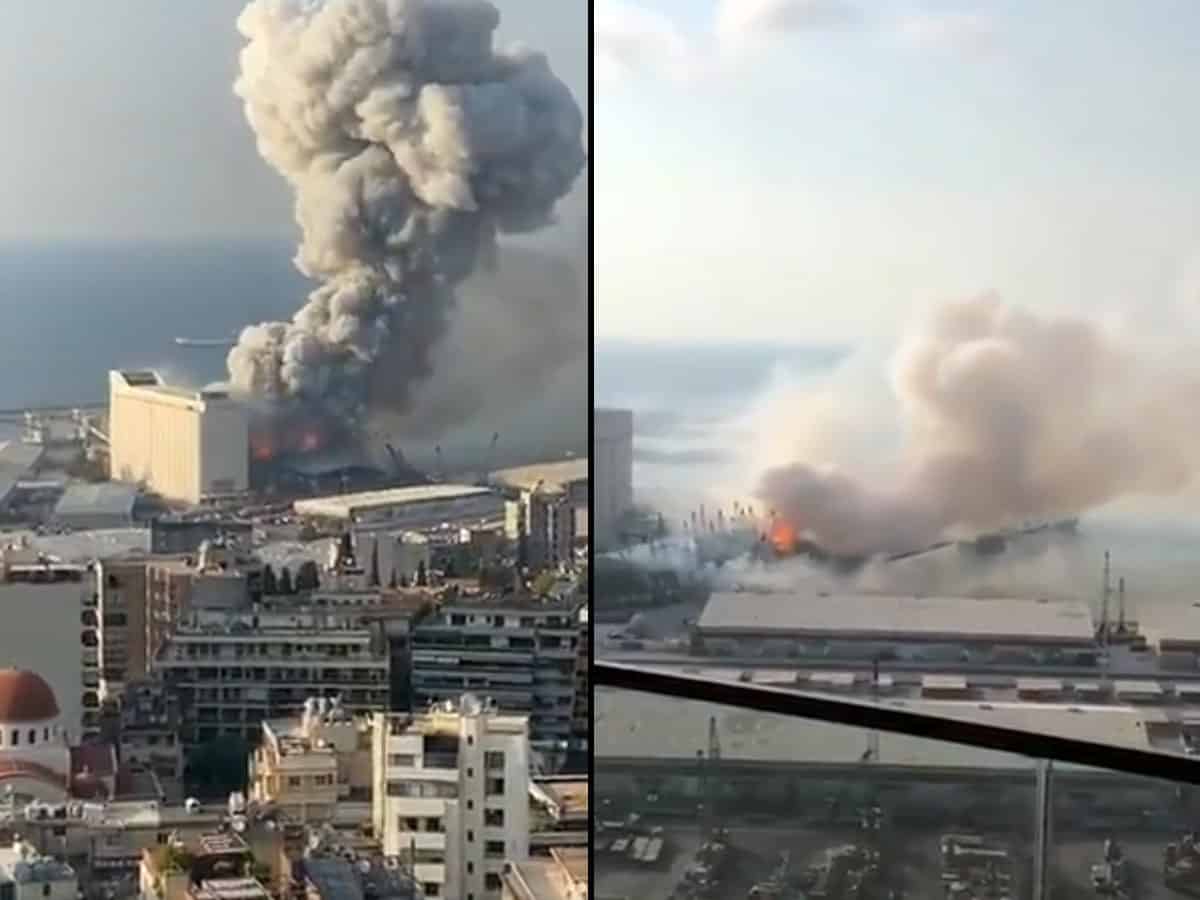 A massive explosion shattered the capital city of Lebanese, Beirut, today. The casualties on it are not known, neither the cause of the blast.

Lebanon’s national news agency said the blast may have been caused by a fire at a fireworks warehouse. The videos were captured from multiple angles by many onlookers from the nearby buildings and the footage has been going viral.

Emergency workers are responding, but the damage and deaths are yet to be known. There were a lot of minor cracking explosions preceding the big giant blast.

According to the Lebanese Army source, the fireworks container was burning and the fire spread to reach a nitrate warehouse leading to massive explosions.