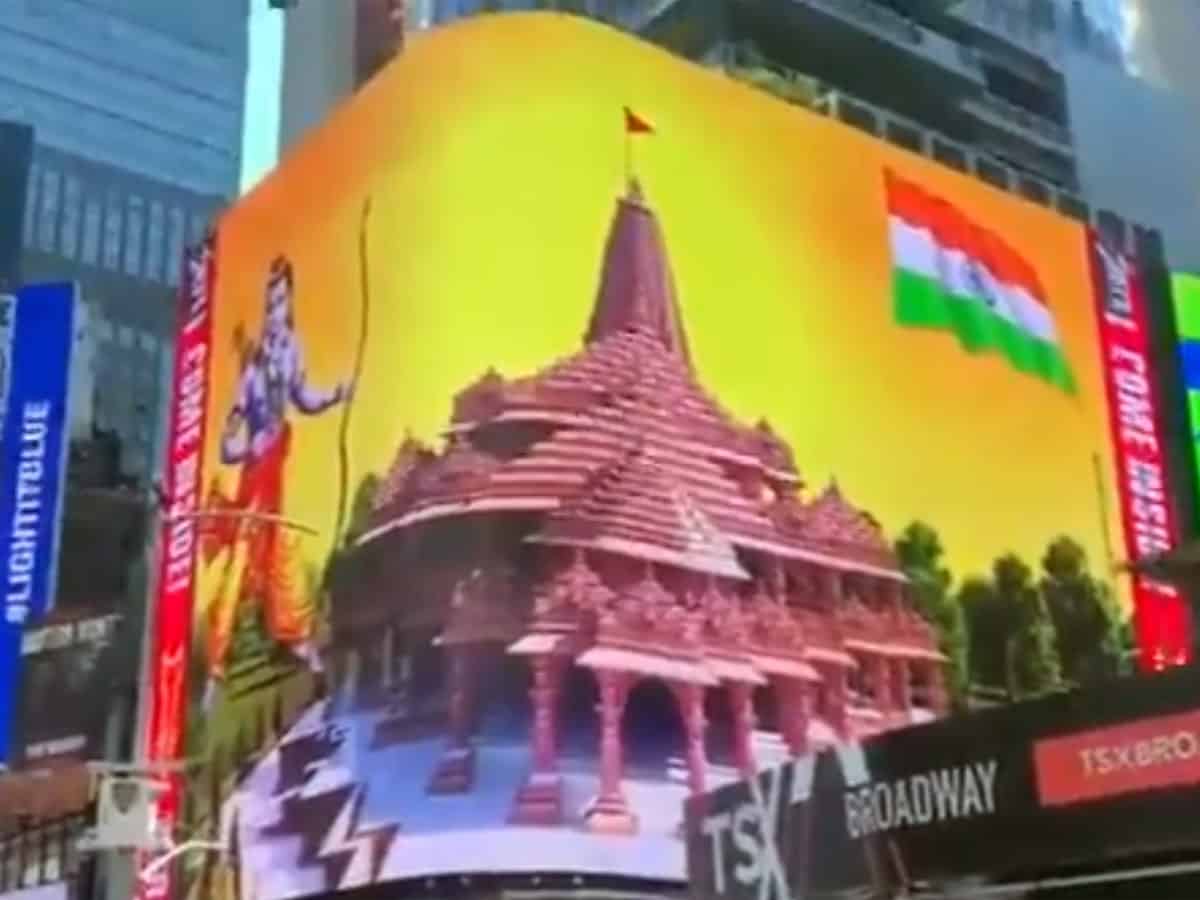 India Prime minister Narendra Modi performed Bhoomi Poojan for Ram Mandir in Ayodhya yesterday. It was earlier reported that the pictures of Ram Mandir were planned to display on digital billboards at New York’s Times Square, as a part of the celebration of Ram Mandir construction.

Here is the actual video of the digital billboard of Ram Mandir upon in New York’s Times Square. The picture represents Lord Rama and the Indian flag along with the graphic representation of the temple model. Well, this is an advertising space available to anyone willing to pay for it.

On the other side, some enthusiasts have been circulating pictures of New York’s Time Square ‘filled’ with pictures of Lord Rama all over. And the clarity comes right with the pictures, as one of them had the ‘Alamy stock photo’ logo saying that the pictures are photoshopped.

There seems to be a template app available wherein we can place the desired picture and see how it appears on Times Square Billboards.