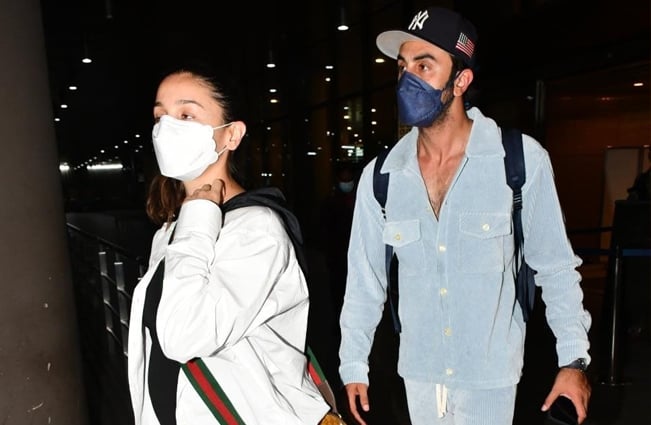 Ranbir Kapoor and Alia Bhatt are currently busy with the promotions of their next film titled Brahmastra. The film is releasing next month, and the makers are leaving no stone unturned to make the film a prestigious one in all languages. Meanwhile, during the promotions of the film, an insensitive joke on Alia Bhatt, cracked by Ranbir, is now trending all over social media. For the same reason, the netizens are heavily trolling Ranbir Kapoor.

During a live interaction, Ranbir cracked a joke about Alia Bhatt’s weight gain, pointing to her pregnant belly. Many netizens criticized Ranbir for his distasteful remark on Alia Bhatt and questioned his sense of humor.

In the live interaction where the couple is seen talking about their next release Brahmasthra, Ranbir could be seen interrupting Alia constantly. When they were asked why Brahmastra is not being promoted extensively, Alia had said, “We will do it! If you are asking why we are not phailoed (spreading) everywhere, right now our focus is…” and then Ranbir looked at Alia’s pregnancy belly, “Well, I can see somebody has phailoed.”

Alia was shocked but then Ranbir immediately patted her back and said, “Joke”.

This comment is now drawing a lot of criticism towards Ranbir Kapoor.