You Will Always Be My Captain: Kohli To Dhoni 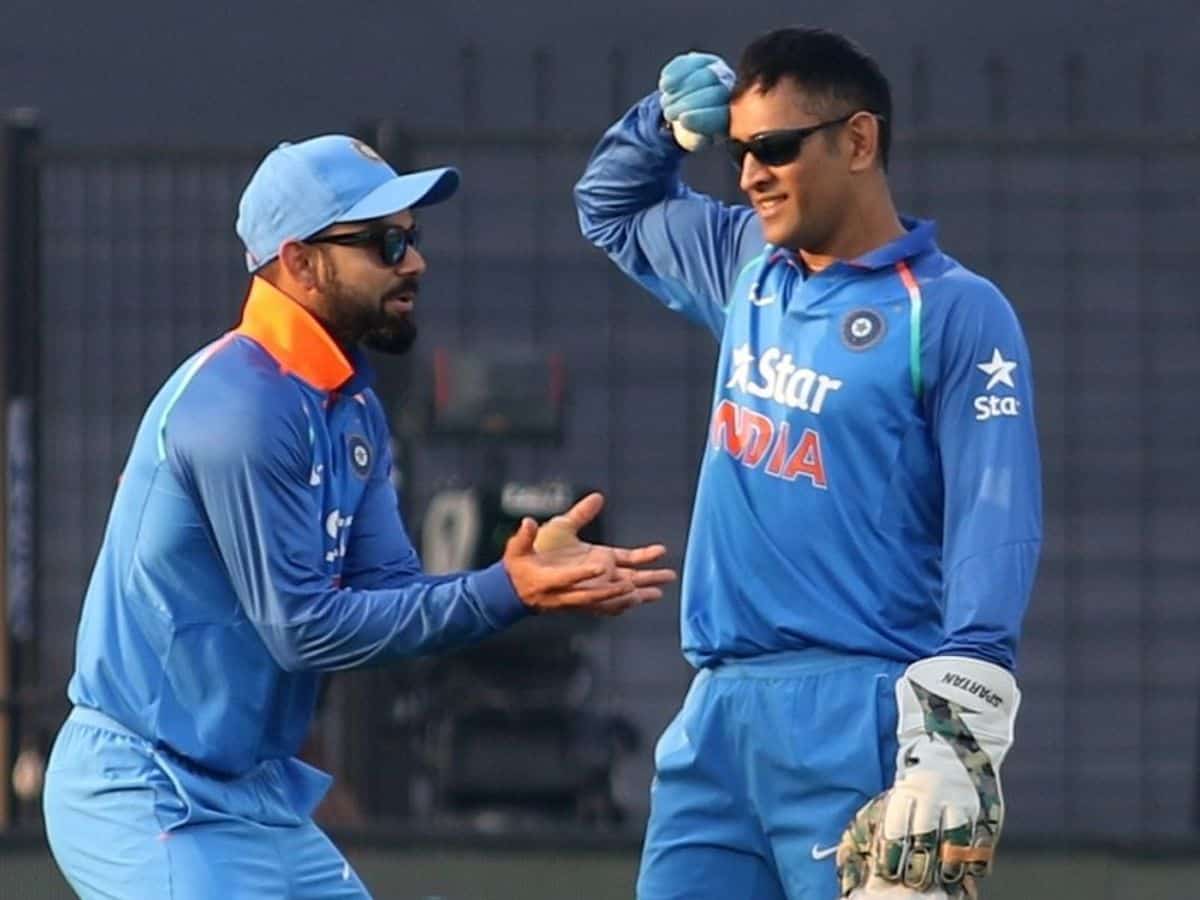 India skipper Virat Kohli on Sunday paid tribute to his former captain and teammate by saying ‘you will always be my captain’.

On Saturday, Dhoni had announced his retirement on Instagram. The wicket-keeper-batsman Dhoni shared a video and captioned the post, “Thanks a lot for ur love and support throughout. from 1929 hrs consider me as Retired.” Kohli, who started his international cricket journey under the leadership of Dhoni, has learned a lot of things from the latter which reflects in his on-field decision making. Later on, when Dhoni quit the captaincy, Kohli has always looked to former wicket-keeper for the on-field guidance.

“Words fall short in a lot of times in life and I think this is one of those moments. All I can say is that you always be the guy who sat on last seat of the bus. Not saying much but your presence and your saying a lot. For me, you have always been that guy and I am sure you will continue to be so. We have shared a great comradery, friendship and understanding that happen because you always played for the same goal and same reason which is making the team win,” Kohli said in a video posted on the BCCI’s Twitter handle.

“It is been a pleasure playing alongside you, playing under you initially in my career. You have shown faith and believe in me which I will always be grateful for. I wish you the best in the next phase of your life. Lot of peace and lot of happiness and I have always said this and I will say it again, you will always be my captain,” he added.

Dhoni had made his ODI debut in 2004 and since then, he changed the face of Indian cricket with his calm demeanour, sharp understanding of the game, and astute leadership qualities.

He is among the most successful captains in world cricket. It was under his leadership that India lifted the ICC Cricket World Cup in 2011 after having led India to triumph in the ICC World T20 in its maiden edition of the tournament held in 2007 in South Africa.

With India winning the ICC Champions Trophy in 2013 in England, Dhoni became the first and is still the only captain to date to have won all three ICC Trophies.

While his heroics in the limited-overs formats are well documented, it was also under his leadership that India became the number one Test side in 2009 and the team stayed at the top for over 600 days.

He has led India to victory in 21 home Test matches, the most by an Indian captain. Leaving behind a rich legacy that will be difficult to replicate, Dhoni holds the record for most international matches as captain (332).

Unarguably the quickest man behind the wicket, Dhoni has 195 international stumpings, the most by any wicket-keeper.

Also referred to as ‘Captain Cool’, Dhoni is known for his calmness and exquisite captaincy on the field. He was also known for his knack of opting for reviews and many have jokingly remarked to change the ‘Decision-Review System’s’ name to ‘Dhoni-Review System’.

In December 2014, he announced his retirement from Test cricket and gave a chance to the likes of Wriddhiman Saha. Dhoni called time on his Test career after playing 90 Tests, managing to score 4,876 runs at an average of 38.09.

Dhoni was slated to return to the cricket field on March 29 during the IPL’s opening match between CSK and Mumbai Indians.

However, the tournament will now be played in the UAE from September 19 to November 10. He will continue as CSK’s captain in the IPL 2020.