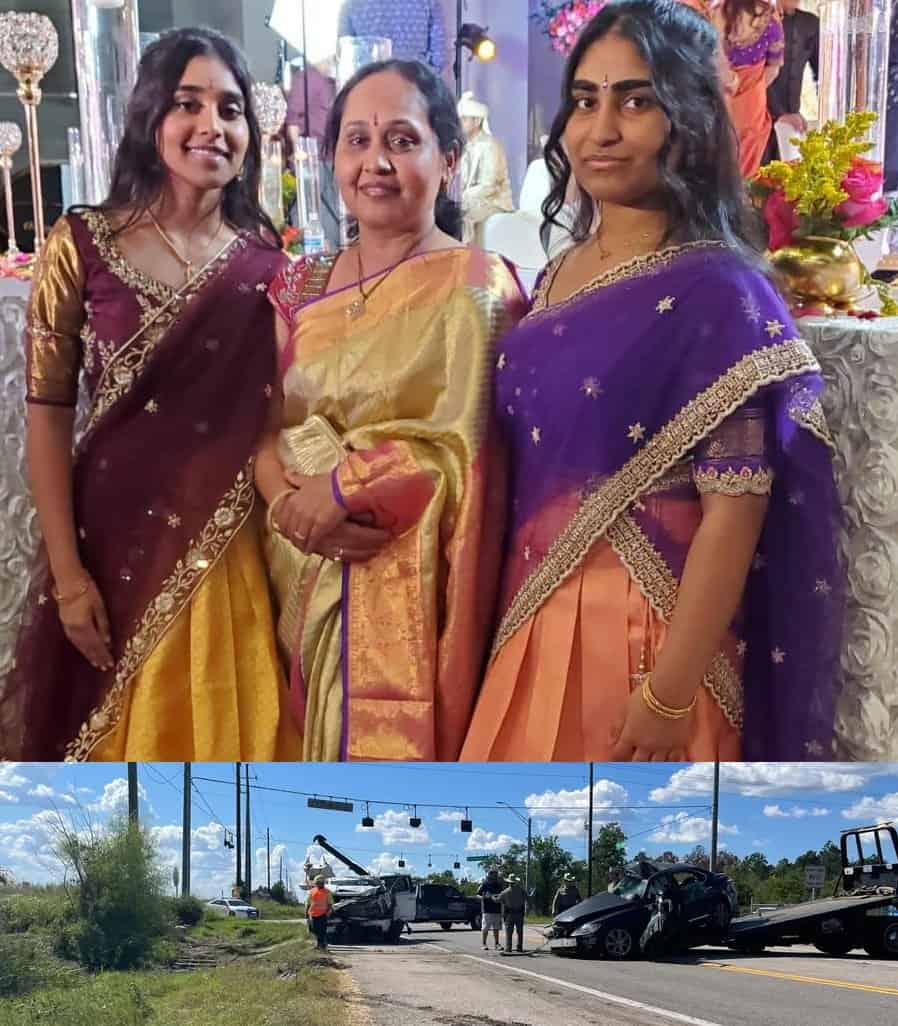 In a shocking incident, the family of TANA board director Dr Nagendra Srinivas Kodali (Vasu) were killed in a fatal road accident in Houston. Dr Srinivas wife Vanisri Yalamanchili and two daughters died in the road accident.

The accident took place Sunday morning 11.30 AM CST on the FM 2920 stretch at Kickapoo Road, according to Waller police. According to reports, Vani was returning home after picking up her daughters from college.

The three were travelling in their black sedan and that’s when they were hit by a white truck. The three women succumbed to their grave injuries. Two were said to be died on the spot and the third woman was taken to the hospital by life flight where she succumbed to the injuries.

TANA community, friends, dear ones of Dr Vasu expressed shock and grief. Dr Srinivas Kodali is in utter shock and couldn’t digest this tragedy. He is native of Guntur and settled in the US.