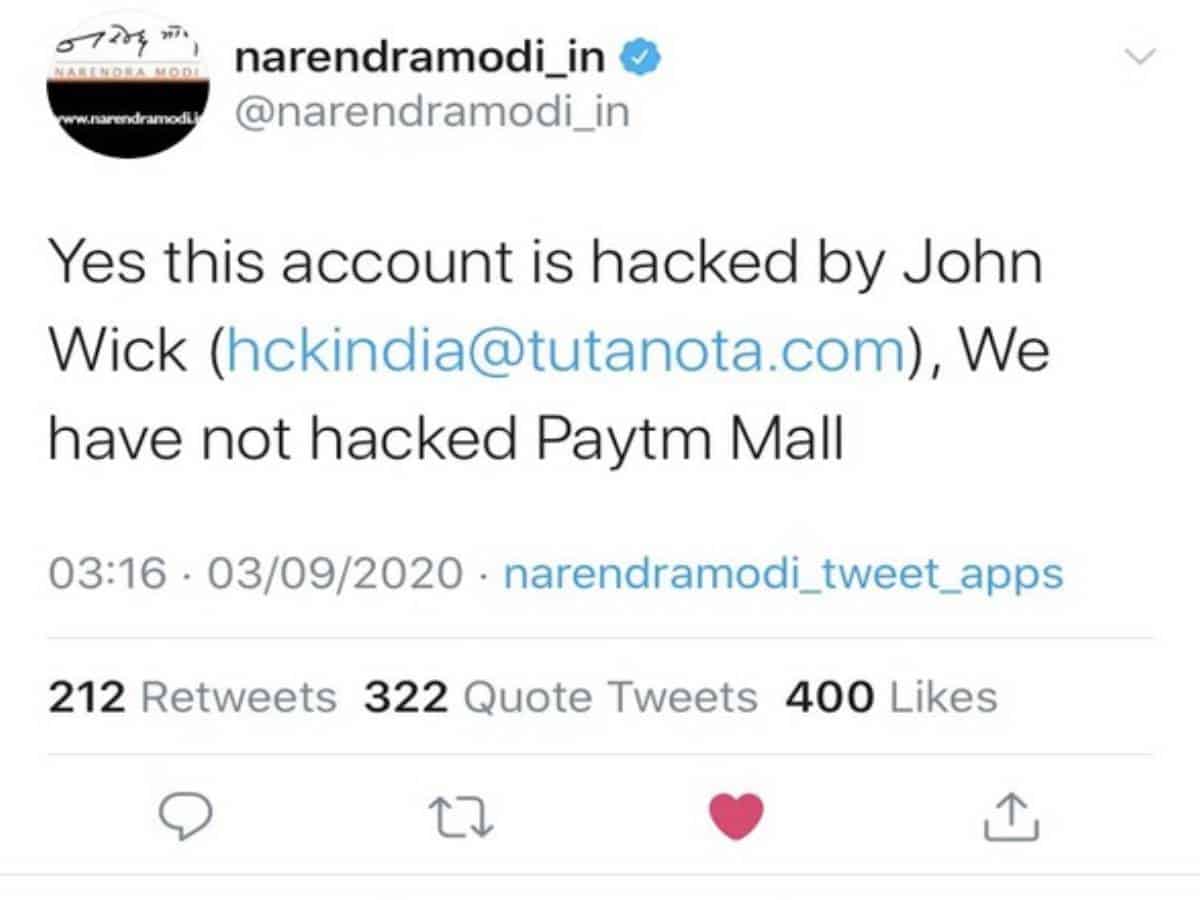 “We’re aware of this activity and have taken steps to secure the compromised account. We are actively investigating the situation. At this time, we are not aware of additional accounts being impacted,” a spokesperson for Twitter said. The account with the handle narendramodi_in has been restored and the malicious tweets deleted.

A screengrab showed that hackers had put out a tweet proclaiming they had taken over the account.
“Yes this account is hacked by John Wick (hckindia@tutanota.com). We have not hacked Paytm Mall,” read the tweet put out by the alleged hackers.

The tweet was later deleted. However, the Prime Minister’s Office (PMO) or the personal handle of PM Modi is yet to put out any statement over the incident.

In July, scores of high profile Twitter accounts including that of US presidential hopeful Joe Biden, Tesla CEO Elon Musk, Microsoft Co-founder Bill Gates and of Apple were simultaneously hacked by attackers to carry out a cryptocurrency scam.

Notably, this incident of PM Modi’s personal handle getting hacked comes after the personal website of Union Minister G Kishan Reddy was targeted by self-claimed Pakistani hackers in August.

The website was hacked on Independence Day and the hackers had put messages related to Free Kashmir, Pakistan, and also warned the Government of India. The incident has been confirmed by G Kishan Reddy’s office in Hyderabad later. (ANI)