Sanjay And Manyata Take A Trip To Dubai 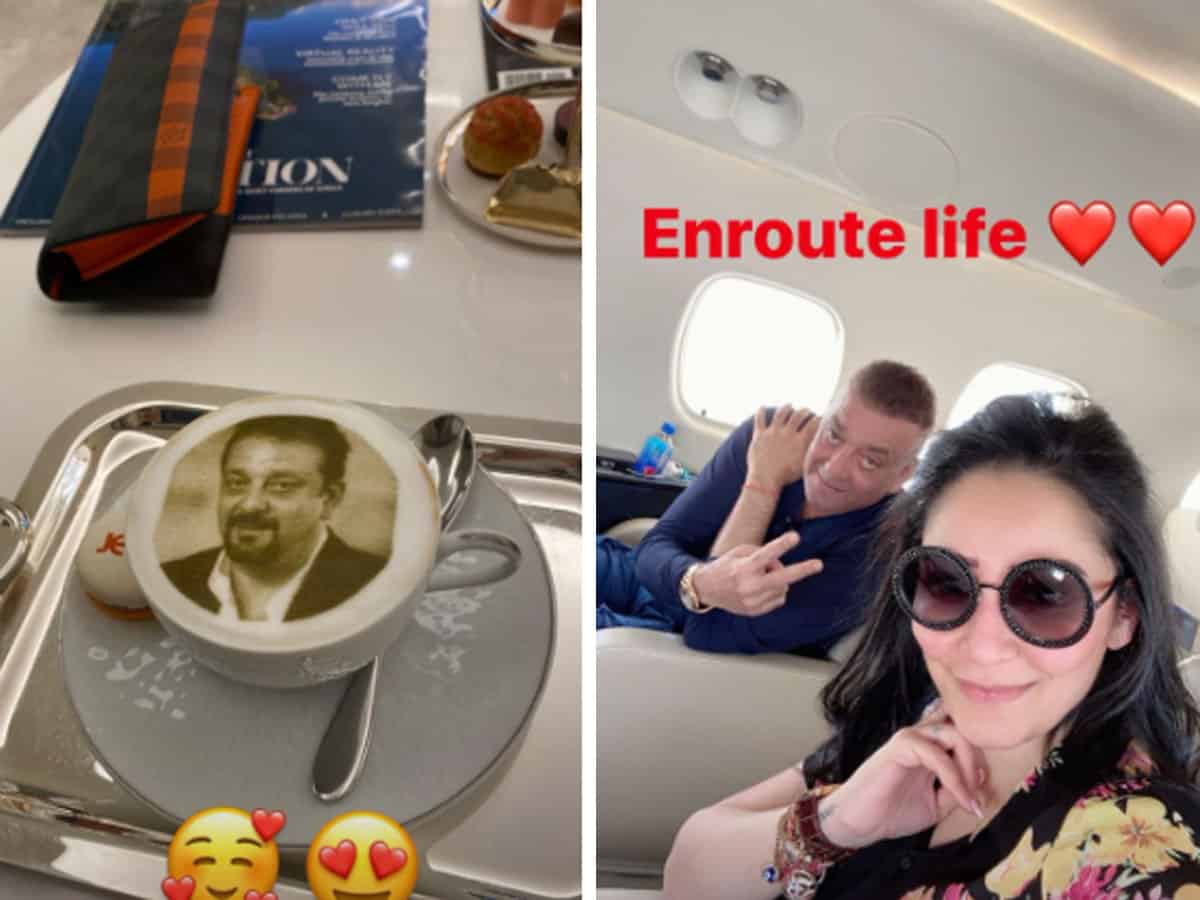 Sanjay Dutt, who is currently being treated for lung cancer, finished his first round of chemotherapy. The Kalank star decided to take some time off from the city and is headed to Dubai, with wife Manyata Dutt. The actor is also currently shooting for the YRF film, Shamshera. The couple has two kids, Iqra and Shahraan who are stuck in Dubai, due to the Corona lockdown.

According to people close to the actor, Sanjay wants to spend time with his family before starting 2nd round of chemotherapy. He is also juggling work commitments while he is undergoing cancer treatment. The kids are attending classes from Dubai and their parents were keen to spend quality time with them. Manyata and Sanjay took a chartered flight from Mumbai to fly to Dubai.

Along with Shamshera, Sanjay will also be seen in the films Torbaaz, Bhuj: Pride Of India, Prithvraj and KGF Chapter 2. Sanjay Dutt was diagnosed with lung cancer couple of months back. He opted out of taking treatment in US and instead is taking treatment at a suburban private hospital in Mumbai.