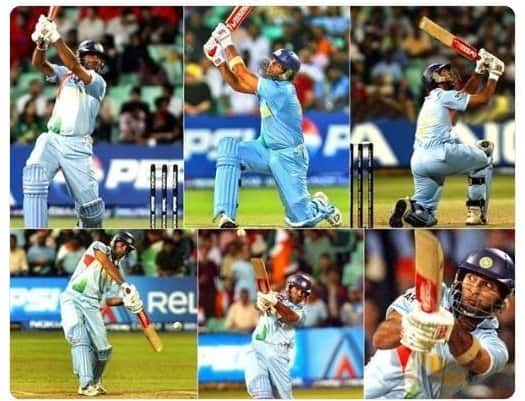 A few moments in cricket get forever etched in the history books and the minds of fans. One such incident is the Six 6s feet of Yuvraj Singh in the 2007 T20 World Cup. Today marks the 13th anniversary of this epic feat. On this occasion, fans across social media are sharing the video and remembering those golden times.

Durban stadium was the venue of this match. The game was between India and England. India was batting first and scored 171 in 18 overs. Then came young pacer Stuart Broad. Yuvraj was on strike. He sent every ball of the over out of the stands and became the first player to score six 6s in an over in T20 Internationals. Yuvraj also made another record in this match. He scored a half-century in 12 balls, which were the fastest 50 back then.