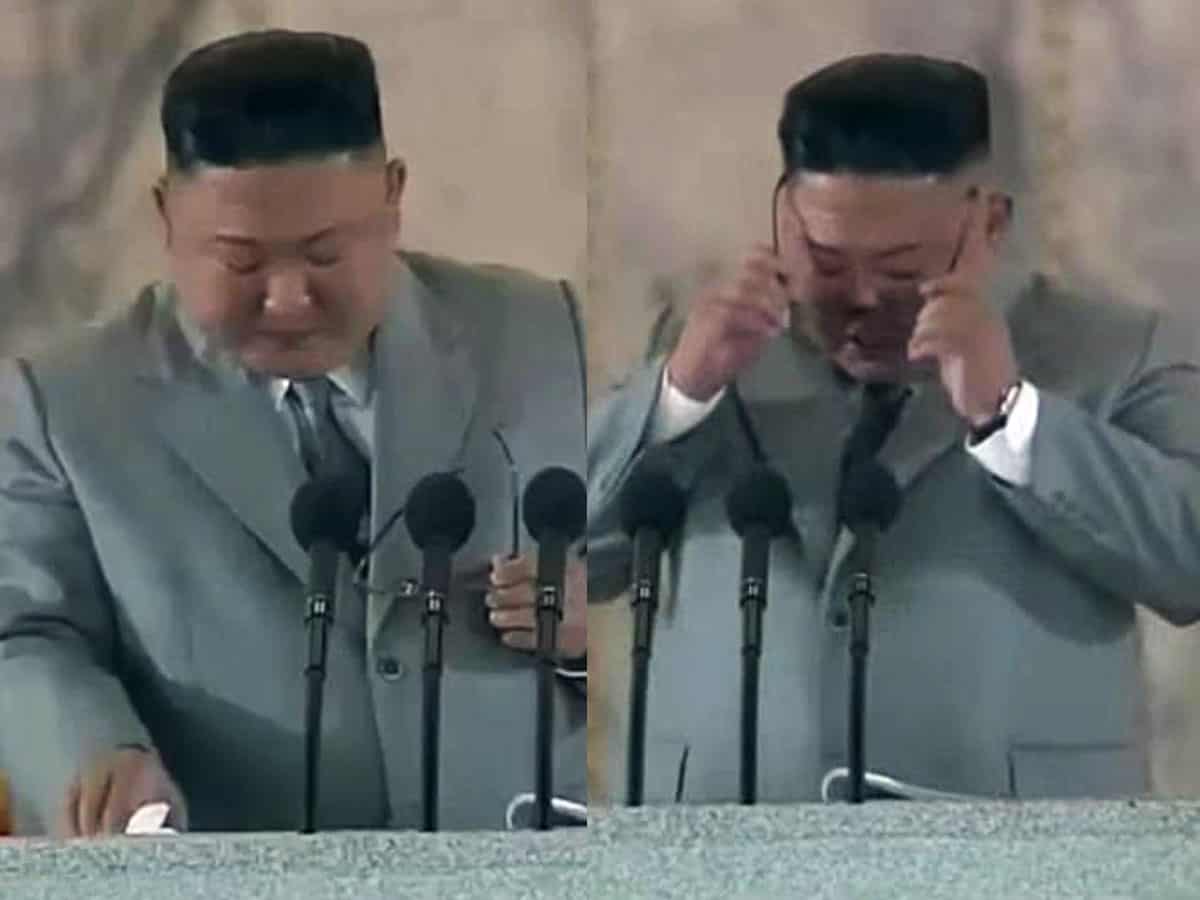 The North Korea dictator Kim Jong-un broke into tears and he begged for forgiveness for his failures during the global pandemic and to much shock of the world, he admits that he has not lived up to the trust the people of the country had on him.

Kim Jong-un spoke at a military parade during the 75th anniversary of North Korea’s ruling Workers’ party. Kim admitted his failures during the coronavirus pandemic and handling it, while he also mentioned the international sanctions and natural disasters as part of his failures. Kim weeping and apologizing for his failures are being called the rarest moments.

Kim reportedly said ‘Our people have placed trust, as high as the sky and as deep as the sea, in me, but I have failed to always live up to it satisfactorily. I am really sorry for that.’ to the crowds at the military parade, while he wiped his tears after he removed the glasses. North Korea now claims to be totally free of the virus with no deaths.

Kim Jong-Un also unveiled a ‘monster’ new intercontinental ballistic missile at the same event. The missile is capable of reaching the US.