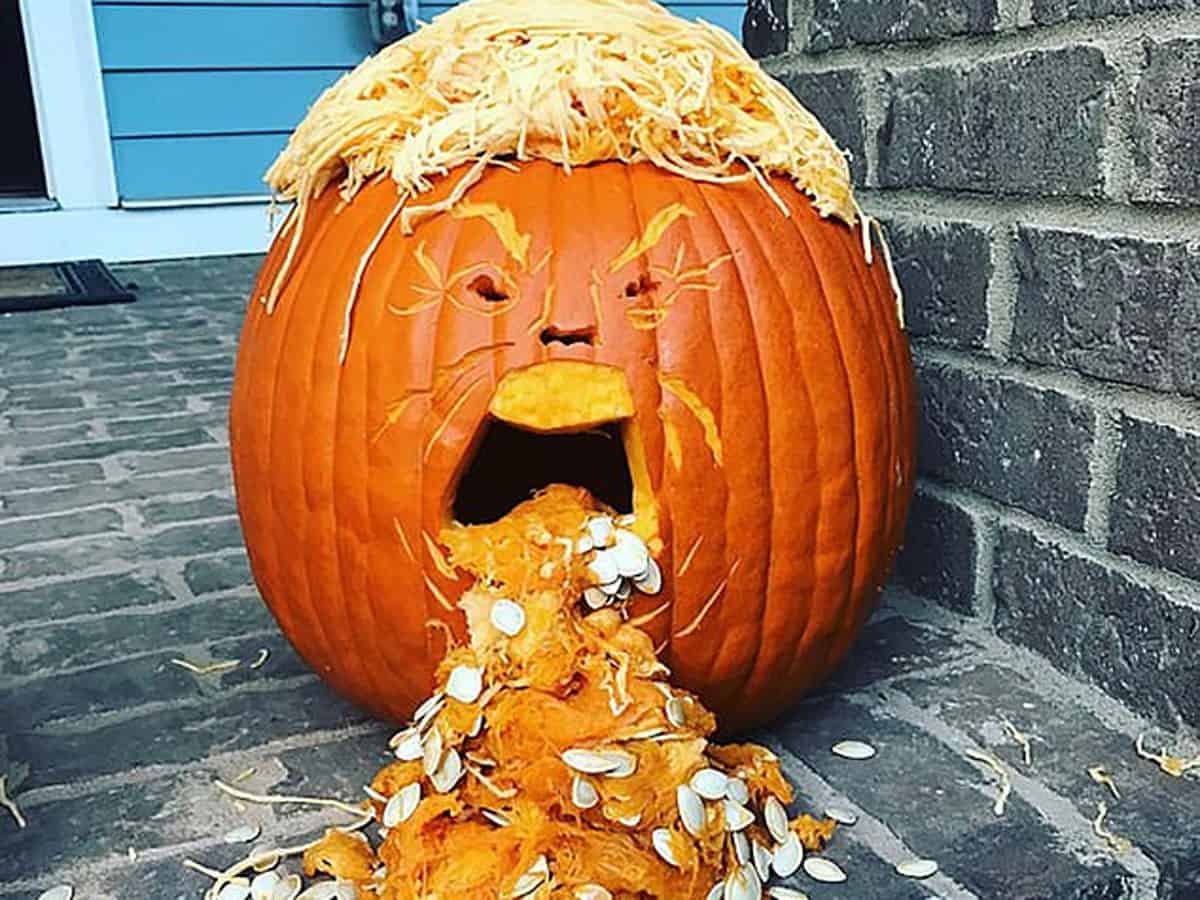 Halloween is celebrated on 31 October every year, dedicated to remembering the dead, including saints and all the departed. This year too the celebrations have begun with just eight days left for the day and the traditional Jack-O-Lanterns pictures are coming up on the internet, but with a political touch.

The US elections are to be held on November 3 and Halloween this time is having political inclinations mixed in the celebrations. Not all, but many of the Democratic supporters have been making the Jack-O-Lanterns carved like Trump’s face even with his facial expressions.

The Pumpkins that look like Donald Trump’s face also have hair attached to them, just to make them look much like Donald Trump. The tradition began in 2016 during the election time when Donald Trump was in the presidential race for the first time.

This time too, there are a lot of Trumpkin pictures going viral like in 2016. Some of them even had the mocking captions like ‘Orange on the outside and hollow inside’. Check out some Trumpkins here.