IPL 2020: SRH Gets a Clinical Win to Be in the Playoff Race 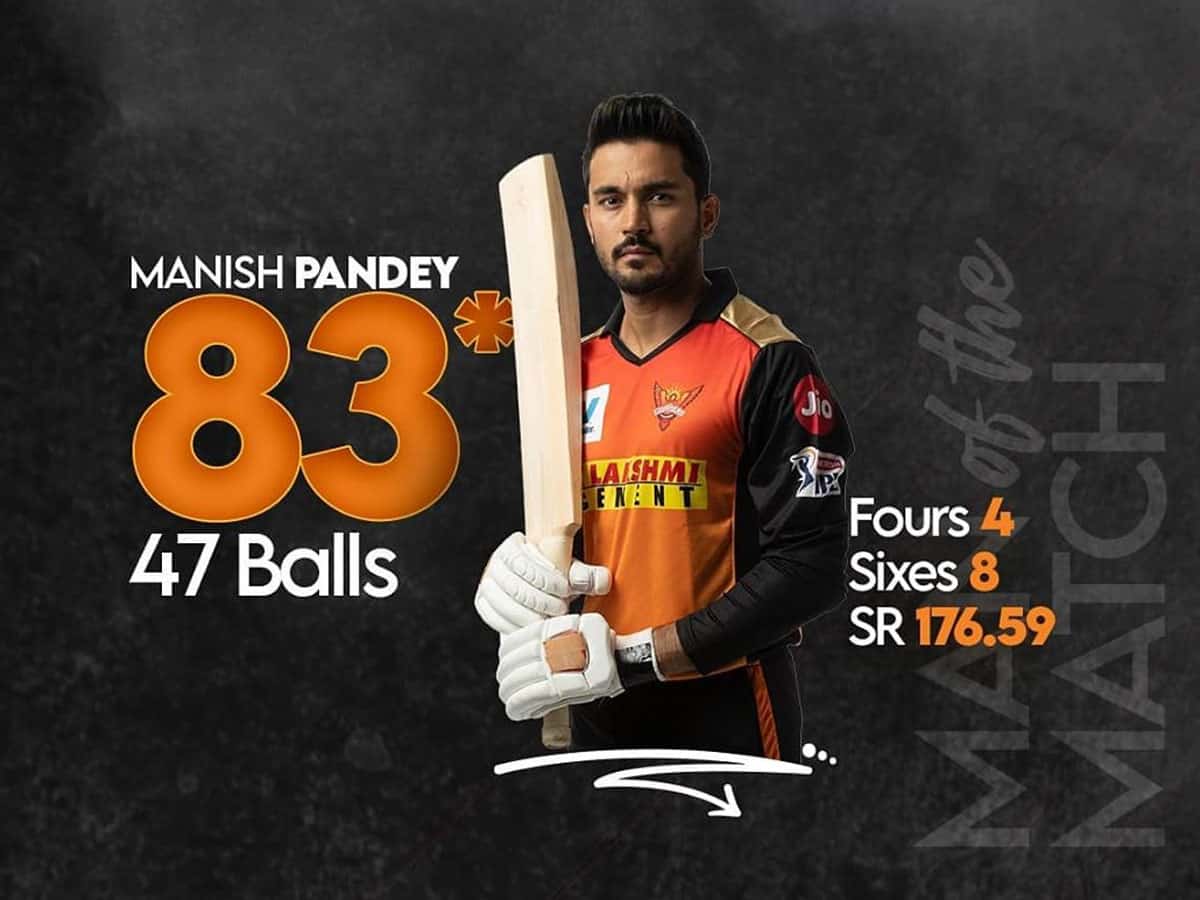 Manish Pandey and Vijay Shankar’s unbeaten 140-run partnership has resulted in a sensational win for Sunrisers Hyderabad against Rajasthan Royals. Sunrisers are still in contention for a playoff berth with this victory. Chasing a target of 155, SRH made 156/2 and got an eight-wicket victory against Royals.

David Warner won the toss and said that SRH will bowl first. Rajasthan banked on this opportunity and got to a good start. Unfortunately, Robin Uthappa got run-out in the fourth over. Another opener Ben Stokes (30) then played a sensible game along with Sanju Samson (36) and made a partnership of 56 runs. Then, Jason Holder (3/33) gave a breakthrough by taking the wicket of Sanju Samson. In the very next over, Rashid bowled out Stokes. Later, no other batsman played a big game to give Rajasthan a big score. Thus, they managed to score 154 for the loss of six wickets in 20 overs. Jason Holder, who is playing his debut match in this season, has scalped three wickets.

Sunrisers Hyderabad was off to a disastrous start while chasing this modest total. Opener David Warner fell in the bowling of Jofra Archer right in the first over. Archer then got the wicket of Jonny Bairstow in the third over. Their score was 16/2. That’s when Manish Pandey (83*) unleashed his arms and played a sensational game. He started playing big shots despite knowing the fact that his team lost two early wickets. This attacking nature helped him to score big sixes in the powerplay. He also got good support from Vijay Shankar (52). Soon, Pandey completed his third half-century of the season. With their smart gameplay, both of them have put Sunrisers in a dominating position. Vijay has hit a four off the first ball in the 19th over to complete his half-century and also handover a good win for his team. Thus, SRH scored 156/2 in 18.1 overs. SRH will next play against Kings XI Punjab on October 24 and RR will take on Mumbai Indians on October 25.