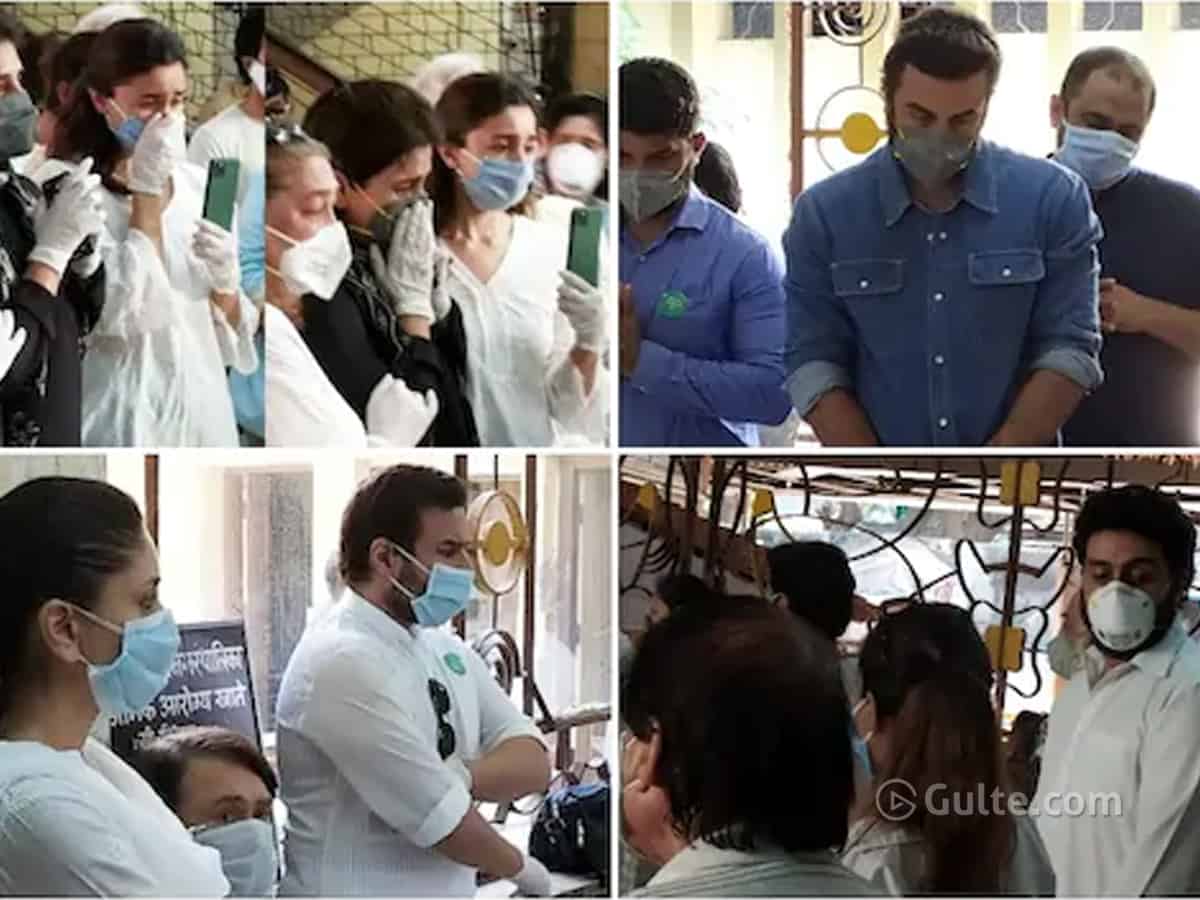 The iconic and evergreen hero of Bollywood, Rishi Kapoor, passed away today after losing battle to a two-year long leukemia. Due to heavy nationwide lockdown against coronavirus, Rishi’s Kapoor’s funeral is being done with very few close-knit communities. It is said that the Mumbai Police has given permission to only 20 important people to attend the funeral of the veteran star.

Also, Ridhima Kapoor, Rishi‘s daughter, who is residing in Delhi, has been permitted to travel on road to reach Mumbai. Due to long-distance, she will miss the funeral and the last glimpse of her dad. The distance between New Delhi and Mumbai is around 1,400 kilometers.

Amid the permission by Mumbai police, netizens expressed outrage over Rishi Kapoor’s funeral getting bigwigs like Amitabh Bachchan and Abhishek Bachchan, who are not even first cousins and Ambanis family, who are dispensable at the moment in lockdown. Netizens and social media have compared how Rishi’s funeral is being treated differently over Irrfan Khan, who died yesterday.

Irrfan Khan’s funeral had no one present except his wife and sons. All the actors wrote condolences on the Internet saying that the lockdown is making them not come directly and pay last rites. Pointing out this, some users have brought nepotism and the perks of being Kapoor Khandan and how the whole thing is the unfair bias in favour of rich.