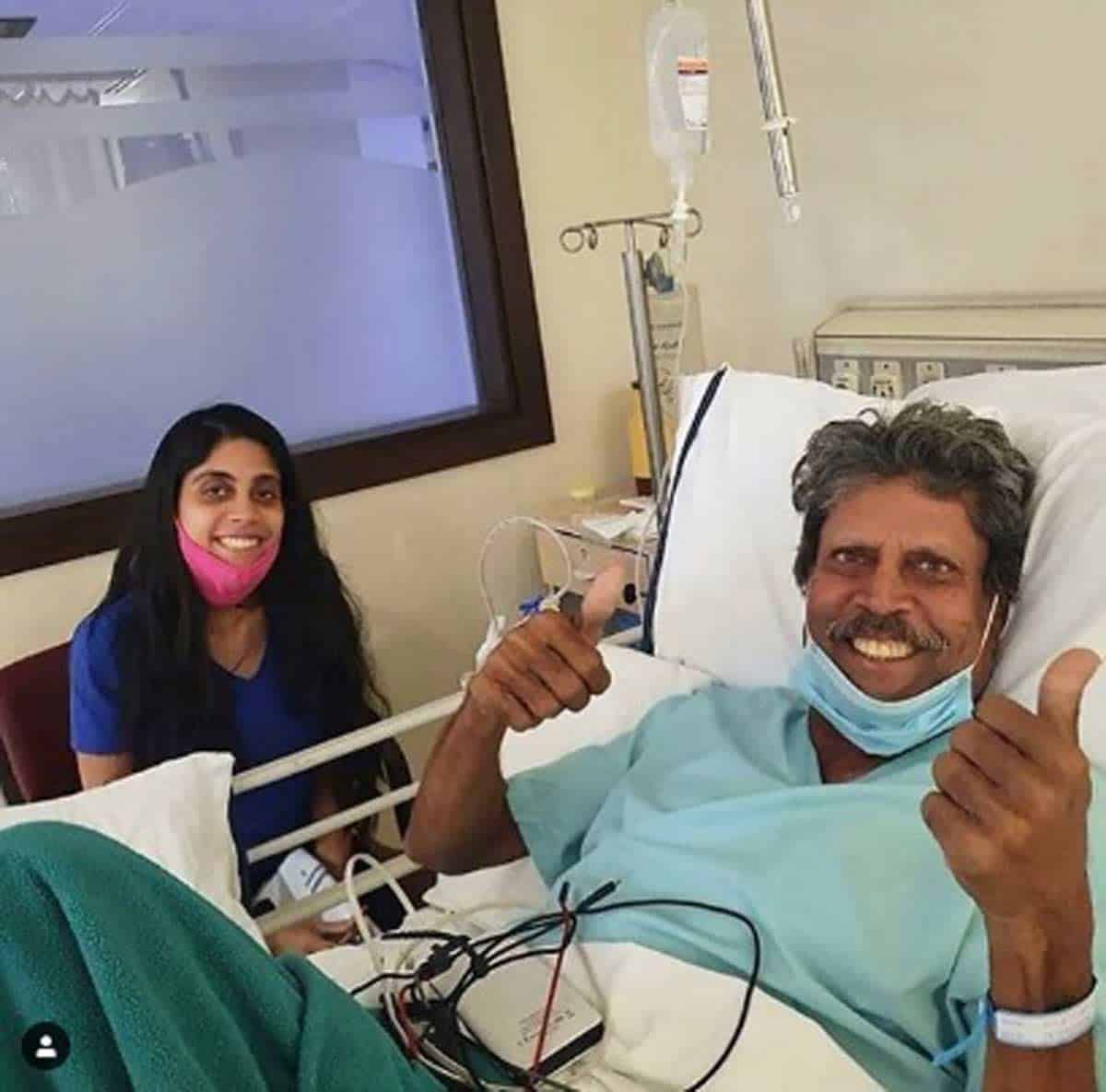 Veteran international cricketer Kapil Dev, who was hospitalised following a heart attack, is recovering. The doctors at Delhi hospital have conducted an emergency coronary angioplasty surgery to the 61-year-old sports icon and the surgery was successful. Kapil showed a double thumbs up sign and this picture of him is going viral online.

What’s more? Kapil is said to be missing his Golf which is his most favourite game after he retired from Cricket. Interestingly, there is a WhatsApp group of the 1983 World Cup-winning India team and all the news related to the members of that World-Cup winning squad are shared on it. His former India teammates wished Kapil speedy recovery on this group and Kapil’s reply shows he is apparently in great shape in the hospital.

“Hi everyone. I’m in good spirits and doing well. On the way to a speedy recovery. Can’t wait to return to my golf game. You guys are my family. Thank you,” Kapil wrote to the wishes of his former India teammates. A member of the World Cup-winning team reportedly commented, “The man with the mighty heart, Kapil, has recovered very fast. True to his character he had turned the tough times upside down.”