IPL 2020: SRH Fails To Chase A Low Score Against Punjab 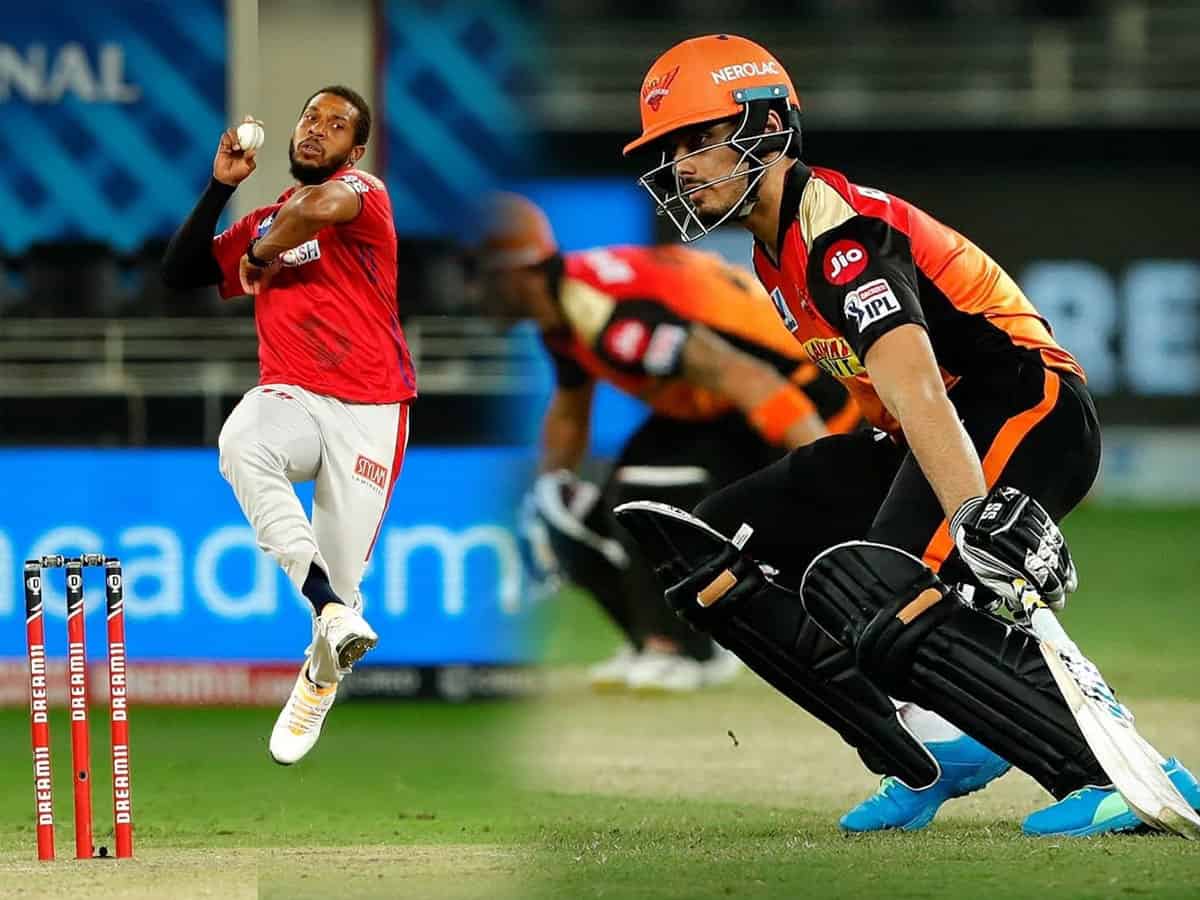 Sunrisers Hyderabad is now almost out of the playoff contention in IPL 2020. They witnessed a humiliating defeat against Kings XI Punjab tonight in Dubai. Chasing a mere low total of 126, Hyderabad got all-out by making just 114 runs. They were 56-0 at one point and in the end, they have lost the match by 12 runs. Now, you know how the middle-order failed once again to rise up to the occasion. With this victory, Punjab is very much alive in the playoff race.

SRH’s skipper David Warner won the toss and elected to bowl first. His bowlers gave a good start and continued restricting Punjab in scoring runs right from the beginning. With a combined good effort from the SRH bowlers, Punjab batsmen never got a chance to go big at any given point. The wickets fell in regular intervals and that is the reason why Punjab got restricted to a low total of 126/7 in 20 overs. Only Nicholas Pooran (32*) did well for Punjab on the batting front. For Sunrisers, Rashid Khan (2/14), Jason Holder (2/27) and Sandeep Sharma (2/29) took two wickets each.

While chasing a low total of 127, SRH got a good start from its openers David Warner and Jonny Bairstow. With the former’s attacking innings in the powerplay, Sunrisers managed to cross 50 runs in the first six overs itself. Finally, Punjab got a breakthrough after the powerplay when Ravi Bishnoi dismissed David Warner (35). In a matter of no time, Jonny Bairstow and Abdul Samad also got out as well. Then, Manish Pandey and Vijay Shankar (26) played slowly and carefully to keep Sunrisers alive in the game. Finally, Manish Pandey fell for a stunning catch of Suchith in the 17th over. Shankar got out in the next over. After that, all the batsmen just came and went back to the dug-out. Thus, SRH got all-out for 114 in 19.5 overs. Chris Jordan (3/17) and Arshdeep Singh (3/23) scalped three wickets each. Sunrisers will next face Delhi Capitals on October 27 and Kings XI Punjab will take on Kolkata Knight Riders on October 26.