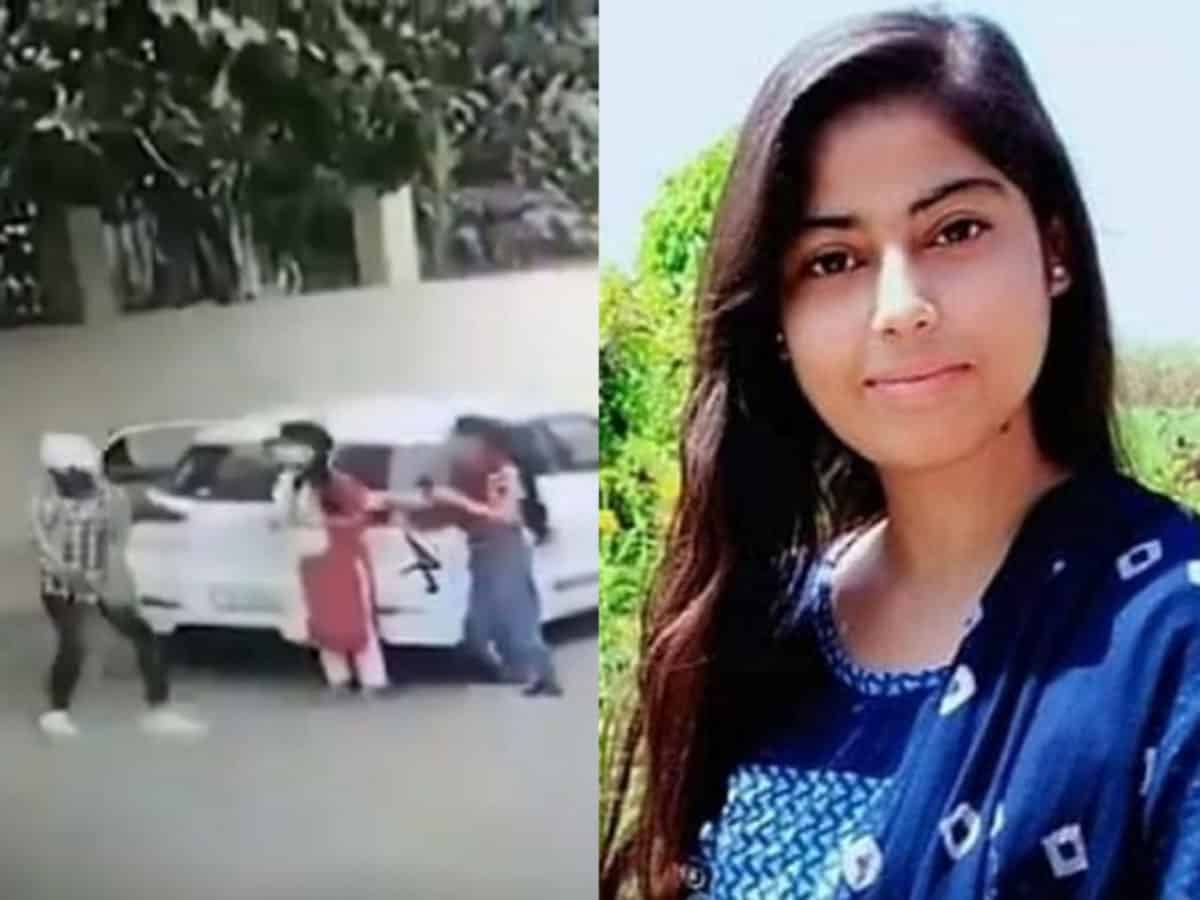 A 21 year old woman was shot dead in broad daylight by a person and the visual of this gruesome incident was caught on camera and is going viral.

Going into details the victim identified as Nikita Tomar was studying B.Com final year in Aggarwal college in Ballabgarh, Faridabad. She was being harassed by a stalker named Taufeeq and has been pressuring her to convert to Islam. But Nikita refused and outrage Taufeeq planned to abduct her.

On Monday afternoon when Nikita came out of her college, Taufeeq came in a car and try to kidnap her. Nikita resisted and immediately Taufeeq removed the gun from his pants and shot behind her head, Nikita collapsed on the spot. Taufeeq who was accompanied by one more friend ran away in a car from the spot after firing.

The police arrested Taufeeq and his friend after a five hours long search. But as the visual of this crime went viral, there is an unrest in Faridabad. People have started coming to the streets and are demanding the same punishment to Taufeeq.

Parents of Nikita claimed that Taufeeq had been troubling her for a long time and about a month back, they lodged a molestation case too.

Toufeeq confessed to killing Nikita Tomar in police interrogation and as per India Today report, he has said he murdered Nikita to exact revenge for his arrest in 2018. He said he could not study medicine because of the arrest and hence he took revenge. There were also reports that he told the police that he killed Nikita Tomar as she was about to get married to someone else.