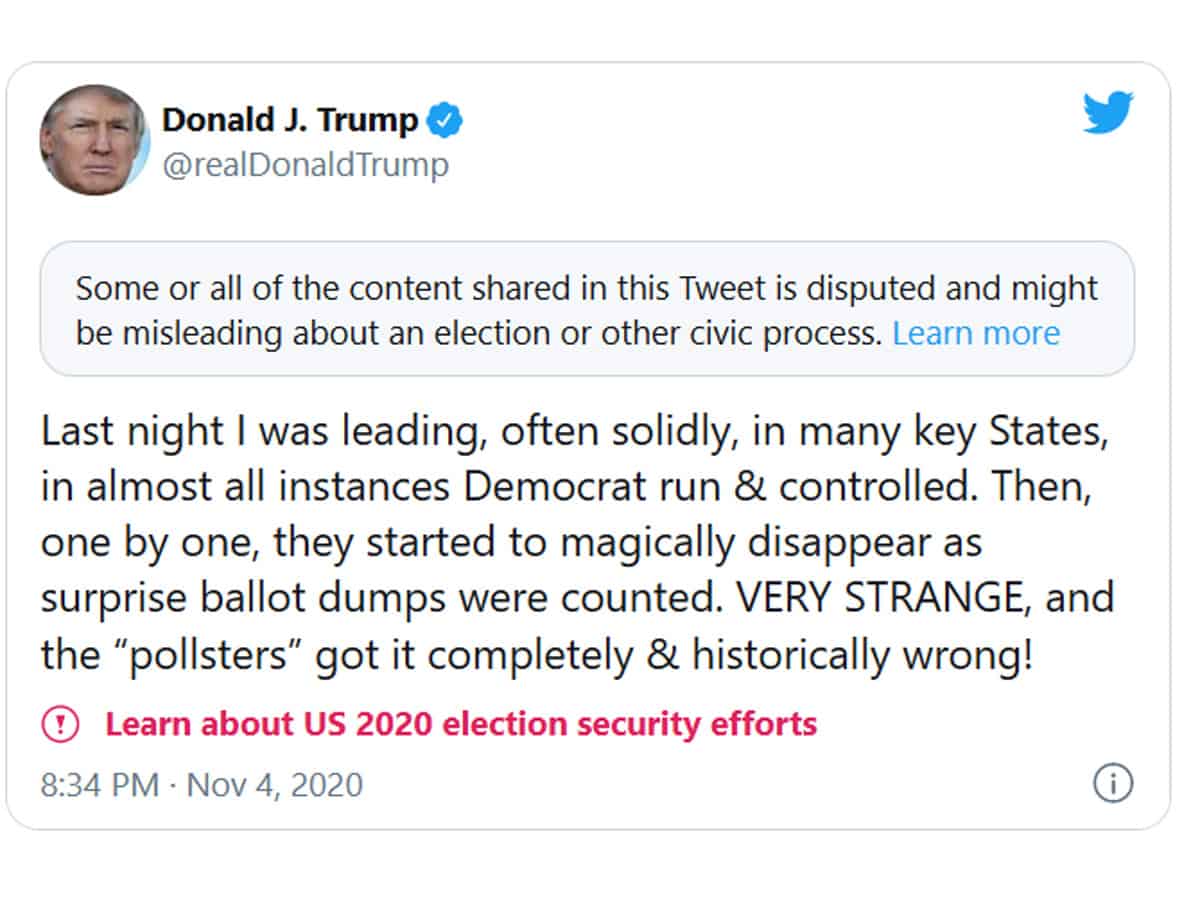 After the Election day in the US, President Donald Trump and the Democratic nominee Joe Biden, both claim to be winning the race. Donald Trump defended the states Florida, Texas, and Ohio and there are several swing states which remain uncalled.

As there are still millions of votes outstanding, the race is not called yet. Donald Trump tried to false claim the victory and later he alleges the election is being stolen. Trump in his tweets said he was leading last night in many key states, in almost all instances Democrat-run and controlled, but they started to magically disappear as surprise ballot dumps were counted.

Twitter and Facebook labeled the posts as the votes are still being counted in several key states. The Twitter warning read on Trump’s posts “Some or all of the content shared in this Tweet is disputed and might be misleading about an election or other civic process.” Facebook, in its label, wrote, “Final results may be different from the initial vote counts, as ballot counting will continue for days or weeks after polls close.”

The races in Alaska, Georgia, Michigan, Nevada, North Carolina, Pennsylvania, and Wisconsin are still being counted.