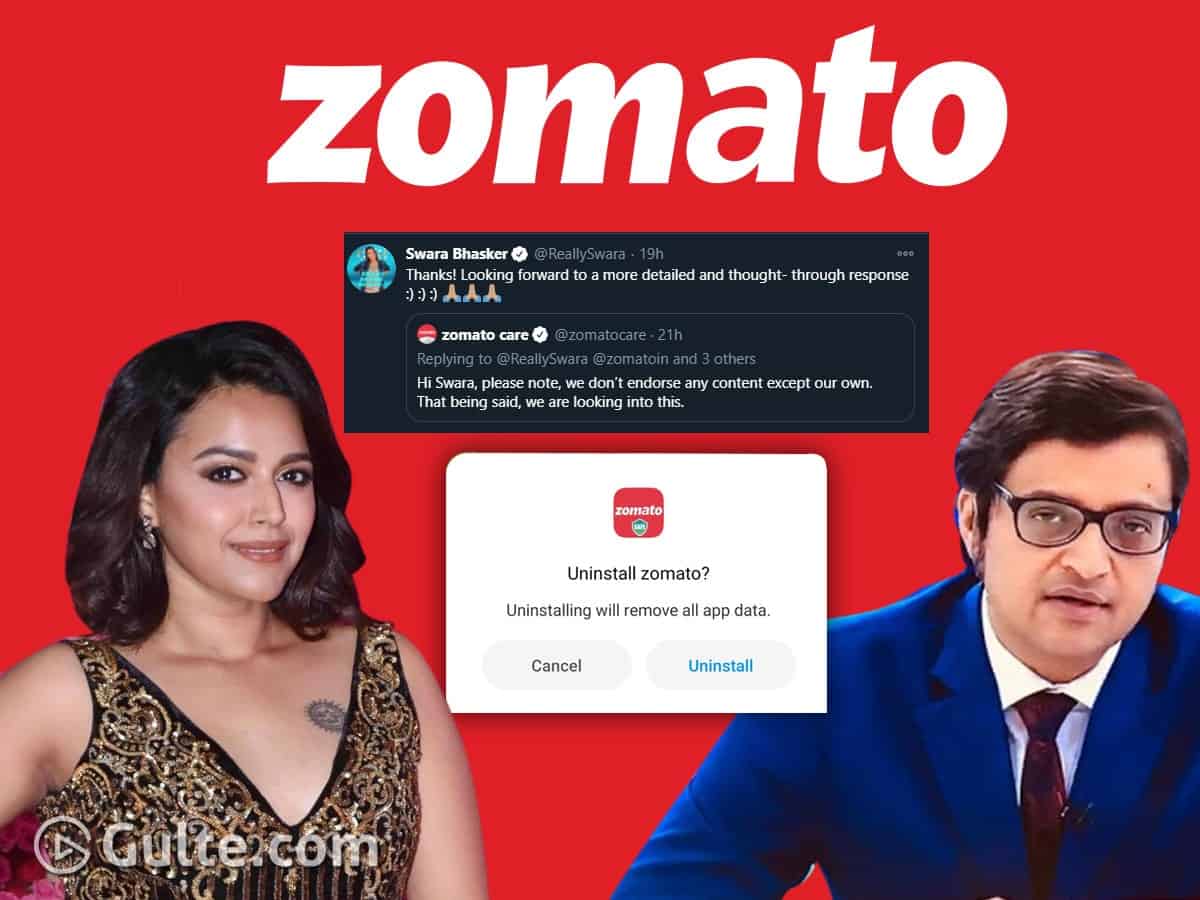 Many organizations  have realized in the recent months to not get involved in social issues. Taking a stance on such issue is only, ending the big brands into trouble. Previously, Tanishq had to delete their videos for the outrage their advertisements caused. And now it looks like Zomato is about to join that boat.

Netizens started uninstalling Zomato app after their reply to Swara Bhasker’s tweet. Swara Bhasker being a left propagandist has been the centre of many controversies, and looks like she is dragging Zomato into this along with her. In response to Zomato’s advertisement on Republic TV news channel, she said, “Hey Zomato, I’m your regular customer.. do you plan on #DefunTheHate & pull your ads from hate espousing channels like @Republic-Bharat ? I’m not okay with my money even indirectly funding this kind of communal bigoted hate! Please let your customer know.” To which Zomato replied that they were looking into that matter.

Zomato’s response to Swara’s tweet created an outrage on social media. The Indian citizens threatened  Zomato, that they would uninstall Zomato, if the company  pulls out their ad from Republic TV. CEO of OpIndia shared a video of uninstalling  the app, followed by journalist Swat Goel, warning to uninstall the app, if Zomato gave it Swara’s demand. After a while, netizens started a hash tag, #SwitchToSwiggy, which is changing their delivery service to Swiggy, which is a competitor of Zomato.

Zomato’s decision to take their ad out or let it run is still unclear, but a simple reply resulted in a storm online. Either way it looks like if Zomato gives in the would be losing customers in a huge number.