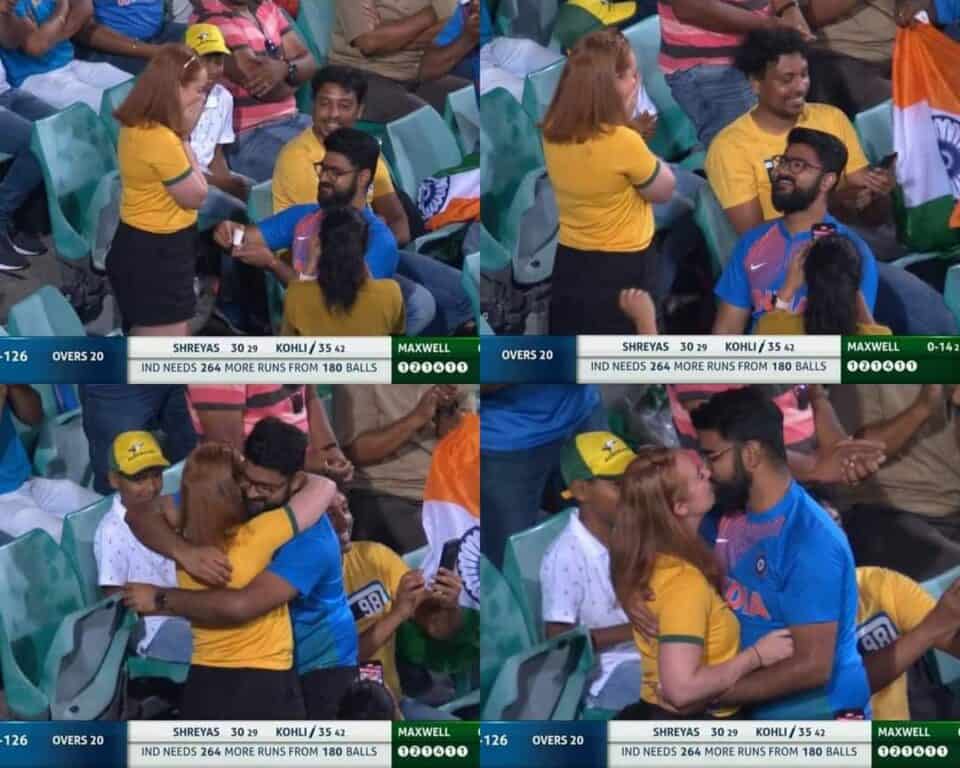 Team India lost their two ODIs in the Dettol IND AUS ODI series, but there is something special that took place during the second ODI in Sydney Cricket Ground. During India’s batting, an Indian cricket fan from the stands proposed to his girlfriend, an Australian citizen. What’s interesting is that the girl said yes! It was a special moment for the couple and all the cricket fans in the stadium.

There are jokes on social media that the Indian fan is the only Indian who won during the second ODI as India tasted a defeat in the game.

The official Twitter handle of Cricket Australia, too, put the video out. Sharing the video, they captioned it, “Was this the riskiest play of the night? 💍She said yes – and that’s got @GMaxi_32’s approval! 👏 #AUSvIND”