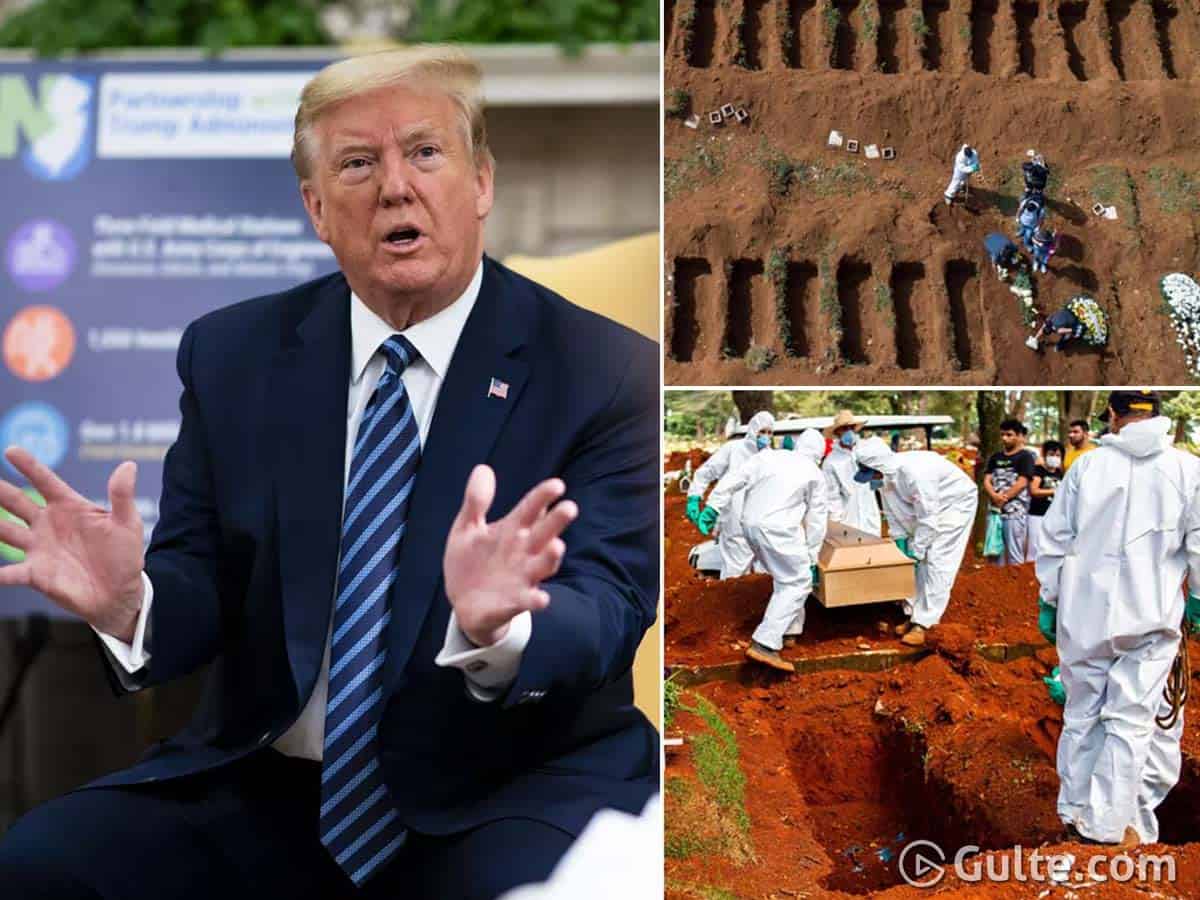 The US currently has reported 1.18M coronavirus confirmed cases with more than 68K deaths. With these vast numbers, President Donald Trump said on Sunday that he believes nearly 100,000 Americans could die in the pandemic. He stated this after his estimated death count has surpassed. However, Trump said that he is still confident in the development of a vaccine in the year-end.

“We’re going to lose anywhere from 75, 80 to 100,000 people. That’s a horrible thing,” said Trump. New York is the most affected city with 313K cases and 18,900 deaths. Then comes New Jersey with 124K cases and Massachusetts with 66,263 confirmed cases. Schools and many businesses have been shut as many places have observed rapid spread of the infection.

However, the partial lifting of shutdowns has been planned as citizens agitate for relief from restrictions. “We can’t stay closed as a country (or) we’re not gonna have a country left,” Trump said. He further added that “I think we’re going to have a vaccine by the end of the year. The doctors would say, well you shouldn’t say that” Trump said. “I’ll say what I think … I think we’ll have a vaccine sooner than later.”

There are many health professionals who claimed that the vaccine is likely to be available from 12 to 18 months away from here. There is an “incredibly small” chance of having a highly effective vaccine or treatment for the coronavirus within the next year, England’s Chief Medical Officer Chris Whitty said on April 22.

Trump have repeatedly blamed China for creating the virus and said they have made a “horrible mistake” without saying precisely what this was or providing specific evidence for his assertion. Yesterday, Secretary of State Mike Pompeo claimed there was “a significant amount of evidence” that COVID-19 emerged from a Chinese laboratory.