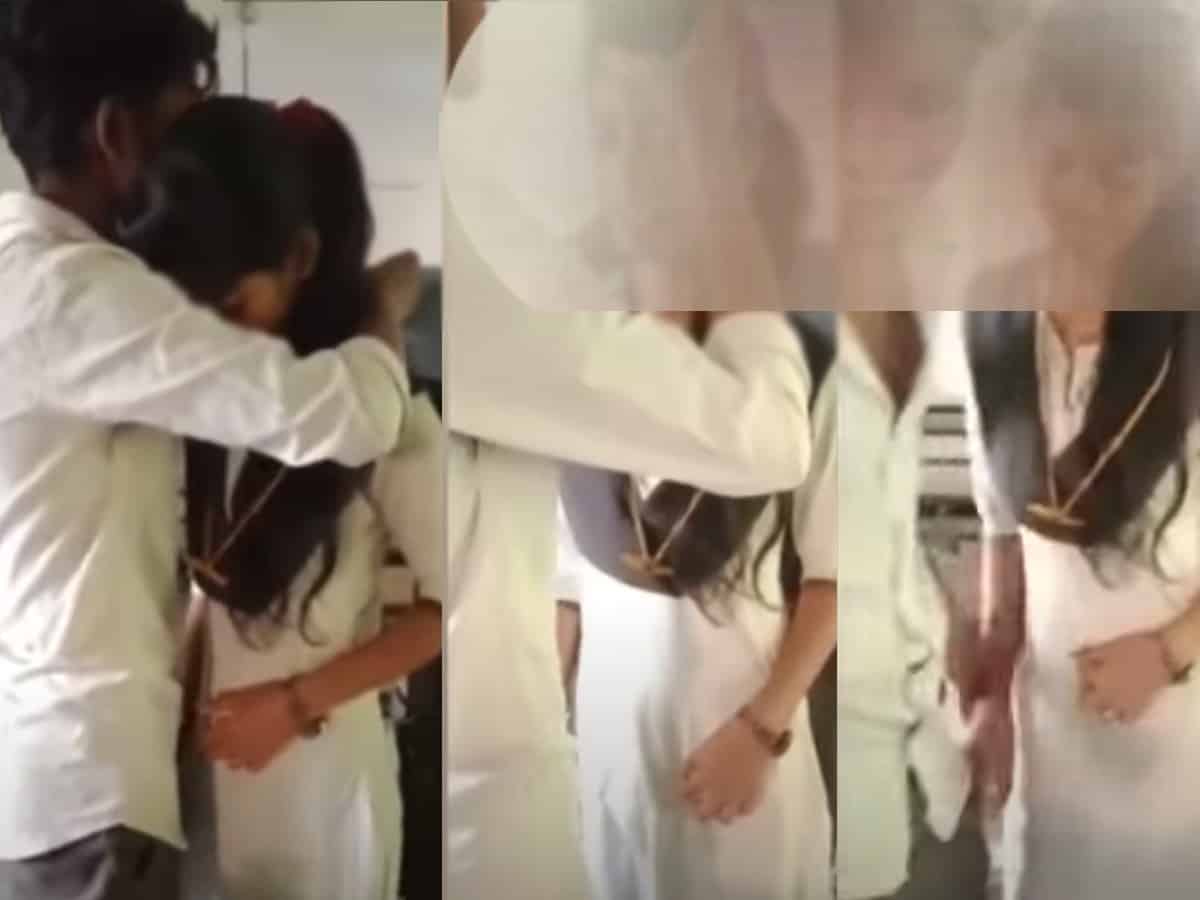 Must be an act of pure immaturity or due to the lack of seriousness about life, two intermediate students in Rajahmundry government Junior college got married in the classroom. Believing their wild thoughts as ideas of pacing into the advanced culture, these two youngsters showed us the embarrassing bane of adolescence.

The video of two intermediate students getting married in the classroom leaked out and is now going viral. The principal of the college reportedly sent them out of the college for their foolish act and the parents of both the students are in a fix due to this.

Though there were reports of them claiming it to be a fake wedding made for fun, the boy tying the knots with yellow thread and also putting the kumkum on the girl’s forehead are something that does not let us believe it was just for fun.

The girl who was recording the video is heard to be asking the boy to put not more than three knots and also asking him to put the kumkum quickly before someone walks into the class. If we have to mention this wedding in the one word that the married girl and boy would clearly understand, it is ‘#facepalm’.