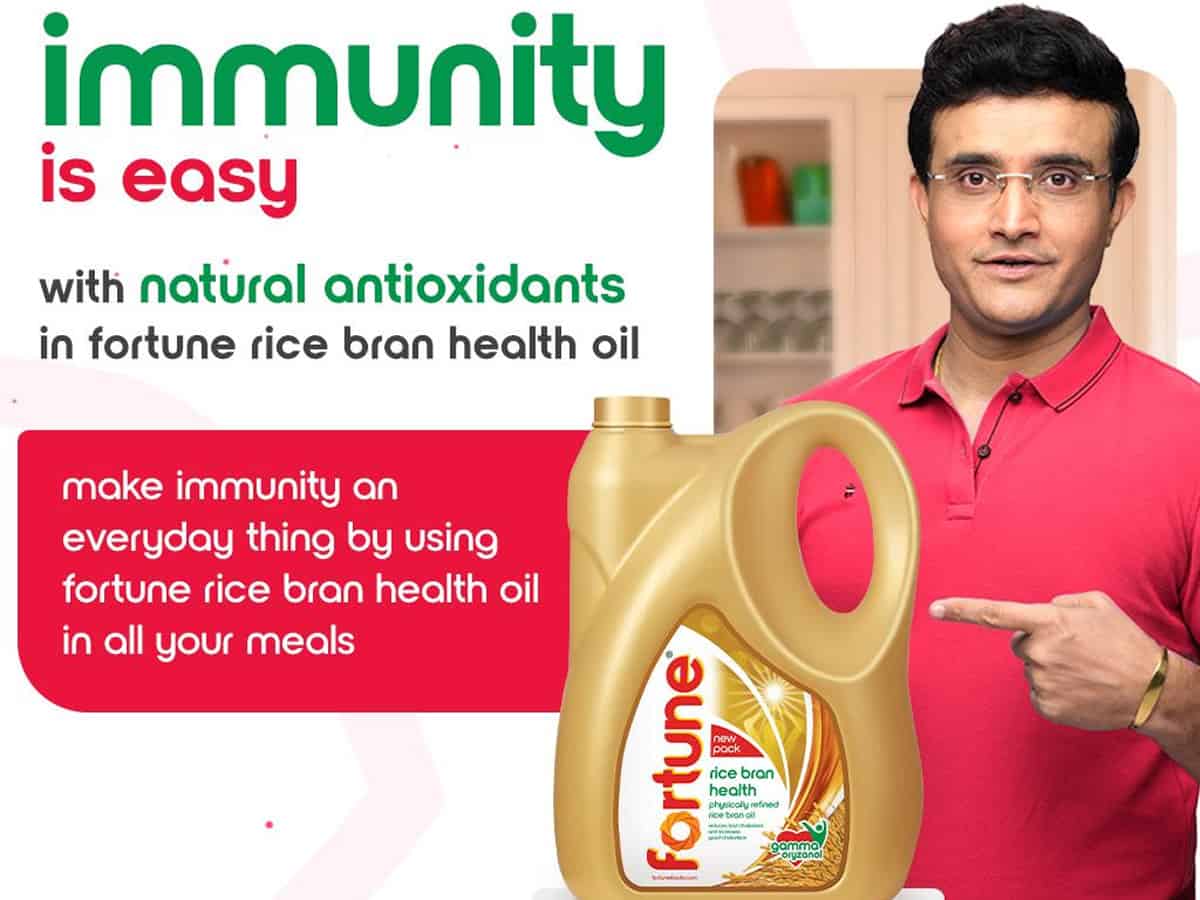 Adani Wilmar Deputy CEO Angshu Mallick reportedly said they would continue to work with Sourav Ganguly and he will continue to be their brand ambassador. He also said they have taken only a temporary break in the TV commercial and will take it forward after discussing things with Sourav.

Claiming the Rice Bran oil as one of the most healthy oils, the Adani Wilmar Dy CEO said it could happen to anyone. He further said a senior IT executive was reported to have collapsed on a treadmill while exercising and that doesn’t mean the treadmill is bad!

He also said the Rice bran oil reduces bad cholesterol and improved lipid profile. He said the oil is only cooking oil but not a medicine, underlining many other factors like heart ailments including dietary and hereditary issues that may lead to a heart attack.