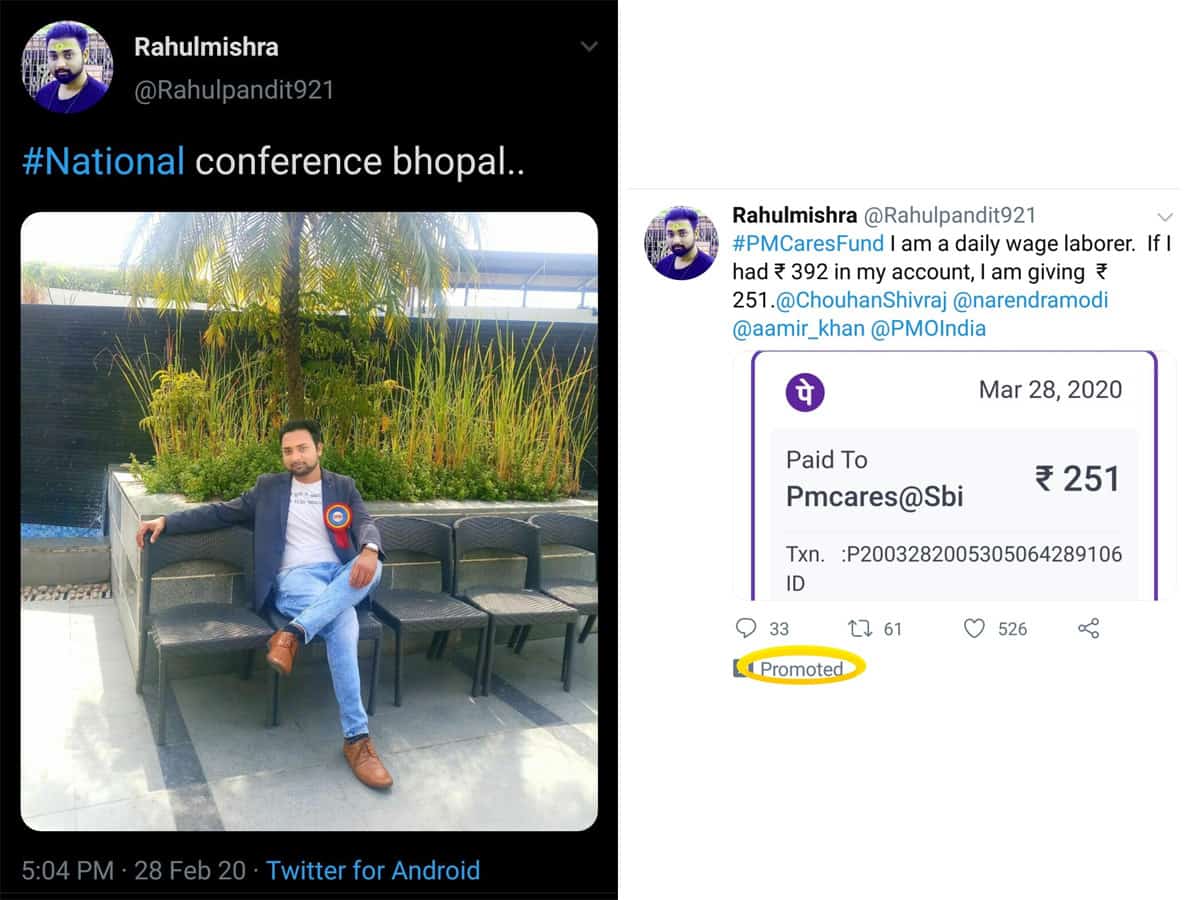 Right now a tweet is doing rounds on the social media, where a user named Rahul Mishra claimed that he is a daily-wage labourer who has just Rs 392 in his account and donated Rs 251 of it to PM-CARES fund. Well, this tweet is not just, but it is promoted across the platform by spending thousands.

While most netizens have immediately criticised the tweet as they asked how come a person who could use Twitter, write tweets in English, would become a daily wage worker with just Rs 392 in his account. And also some questioned how he is able to promote the tweet when he has no money in his account. And later, it turned out that this so called Rahul Mishra Pandit actually works for BJP IT Cell and netizens started trolling him badly.

With many folks bashing the guy and BJP for using even the Covid-19 outbreak for their self-promotion, and with some sharing pictures of this so-called daily wage worker from various meetings of BJP in Madhya Pradesh, he has deleted the Twitter account simply. But by sharing the screenshots of this guy’s tweet, now people are trolling BJP big time.