Bhuvanesh Boojala sworn in as the next President of ATA 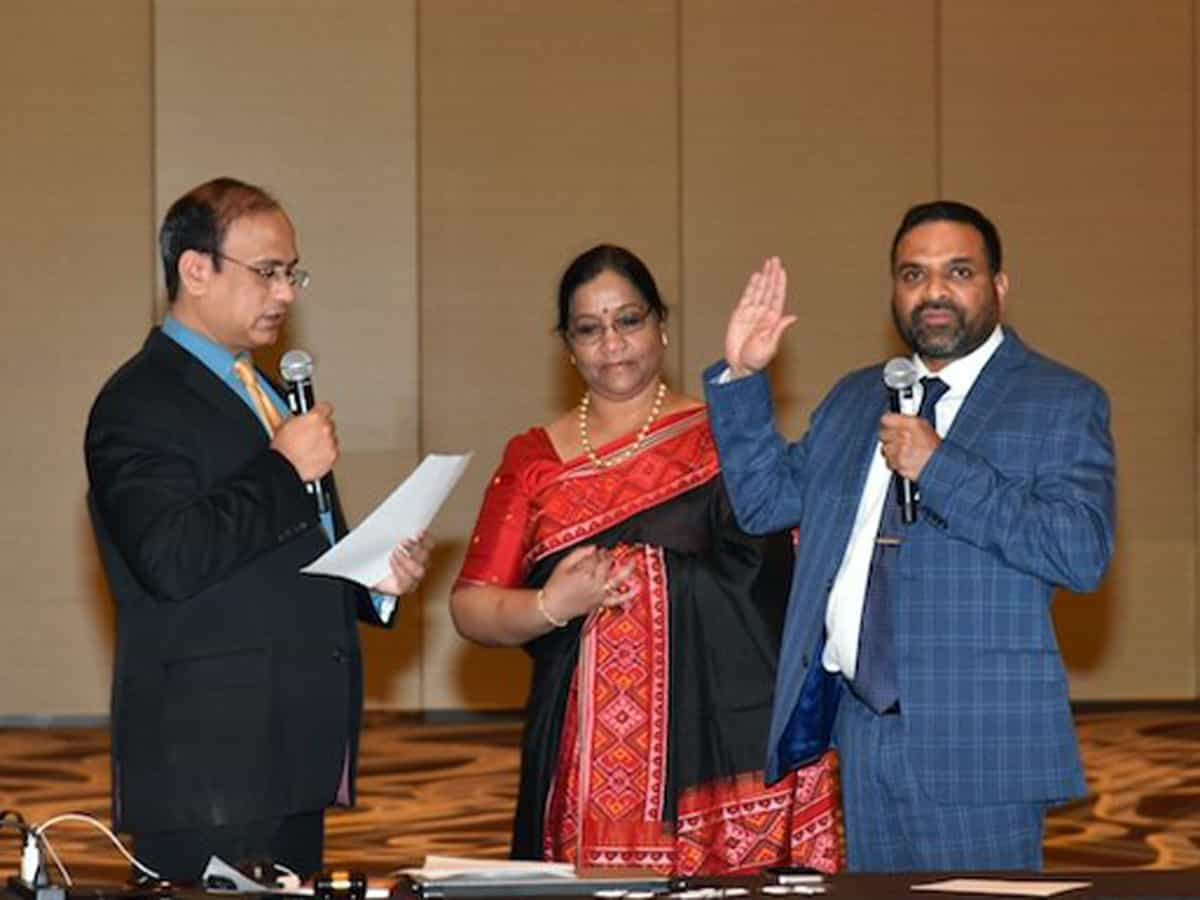 Mr.Boojala who hails from Washington DC area has been an ardent follower of ATA since 2004 and as a Coordinator was instrumental in the success of Philadelphia Convention in 2014. Mr.Boojala was sworn in as the new President of ATA on Saturday January 16th at the ATA board meeting held at the Omni International hotel in Nashville, TN. President Parmesh Bheemreddy passed on the baton to the new president.

Meeting was well attended, given the pandemic situation, by the board of trustees, past presidents, advisers, standing committee heads, regional coordinators and directors from all around US. ATA Board of Trustee elections were held in December 2020 to fill 15 vacant board of Trustee positions, a 4 year term, and around 5000 ATA members all across US exercised their franchise.

Addressing the board, President Boojala laid out the road map for the organization and announced that 1-844-ATA-SEVA will be expanded to all the major cities across US and that its dedicated volunteer base is ready to serve the community during crisis times. ATA Board encouraged the Telugu Community to reach out to ATA Service line during emergency.

President Boojala re-iterated that while ATA will stay true to its core beliefs of promoting literary, cultural, educational, and social activities of the community his focus areas would include putting more emphasis on ATA Foundational activities both on shore and in India and ATA achieving financial stability during his tenure.

Mr.Boojala was ecstatic to announce to the board that the 17th ATA National Convention will be held at Washington DC Walter E. Convention Centre from July 1-3, 2022 , the first time ever in the organizations history.

ATA Youth scholarships, Literary programs, Student Services, Health camps and ATA Matrimony programs will be given a new impetus during his presidency. A new business incubator committee has been added.

The new president appreciated President Bheemreddy and his team for their excellent efforts and relief efforts during these troubled COVID-19 times.