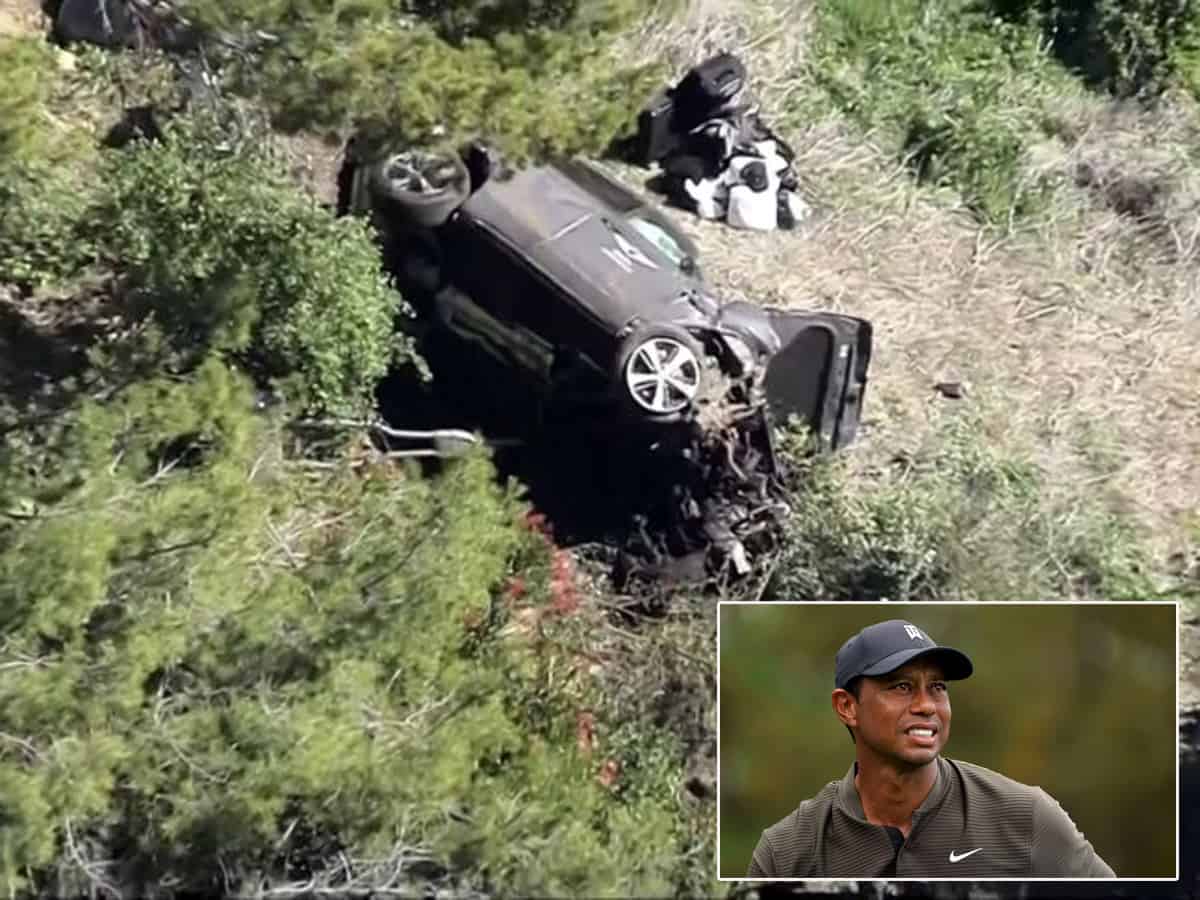 American professional golfer Tiger Woods is severely injured in a bad single-car accident in L.A. Country on Tuesday morning. The rescue officials reportedly needed the jaws of life to free him from the vehicle.

Tiger Woods car rolled over on the border of Rolling Hills Estates and Rancho Palos Verdes. The vehicle was traveling northbound on Hawthorne Boulevard at Blackhorse Road when it crashed and the vehicle sustained major damage.

Tiger Woods was driving the vehicle and was the sole occupant in it. The Los Angeles Country firefighters and parademics rescued him with the jaws of life’ and he was transported to a local hospital by ambulance.

Reports arrive that Tiger has been undergoing surgeries for multiple leg injuries. The reasons for the crash are not known yet.