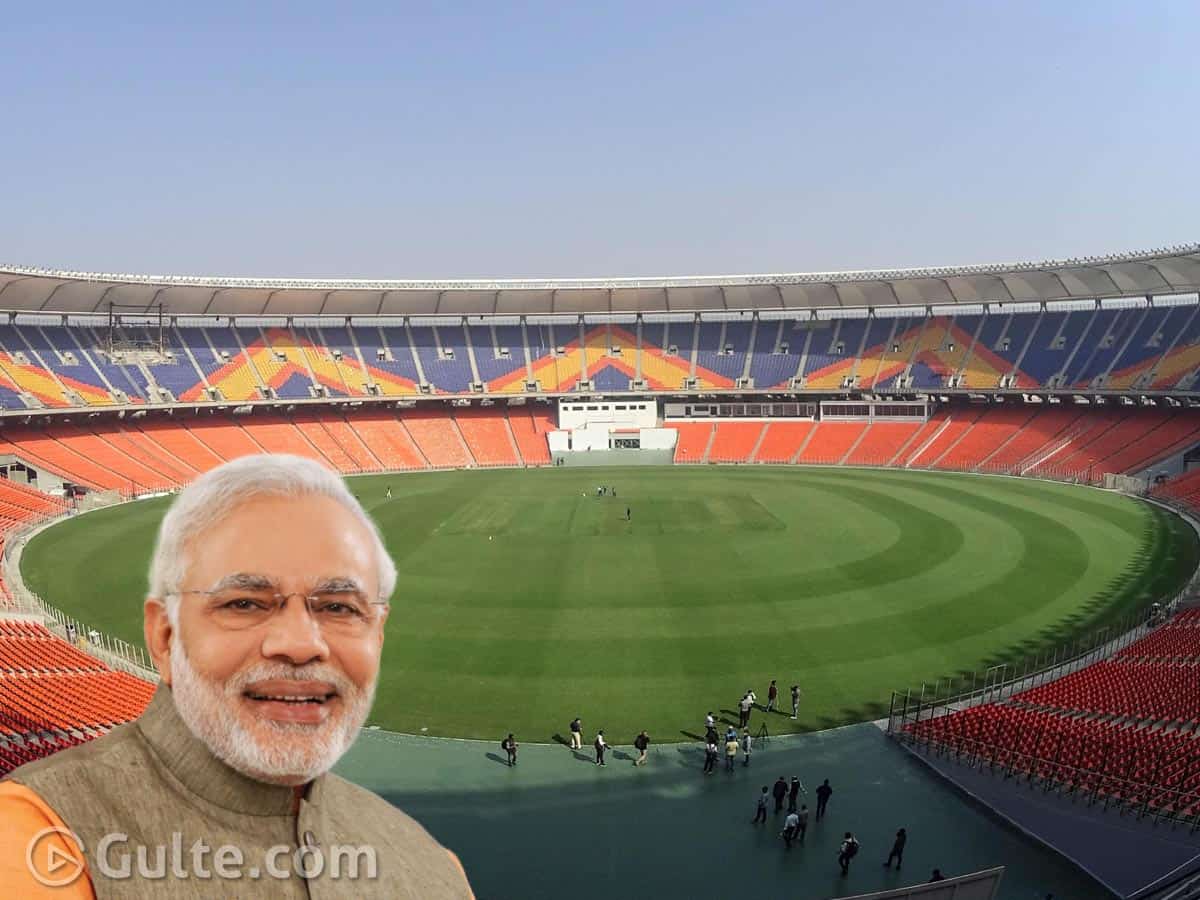 In a surprise development, the world’s largest cricket stadium Motera has been renamed ‘the Narendra Modi Stadium’. This comes just ahead of the much-awaited pink-ball 3rd Test between India and England in Ahmedabad.

Just a few hours ago, President Ram Nath Kovind inaugurated the stadium and performed Bhoomi puja. Also, Union Home Minister Amit Shah, Sports Minister Kiren Rijiju and Gujarat Deputy Chief Minister Nitin Patel were present at the puja. The cricket-goers are elated to see the world’s latest cricket stadium Motera to be inaugurated and renovated and it has a capacity of 1,10, 000 spectators.

The stadium also has many comfortable and modern facilities, and it was particularly lauded by BCCI president, Sourav Ganguly. “Will miss being at the stadium today ..what an effort it must have been to create this ..pink test was our dream and it’s going be the 2nd one in India.hope to see full stands like last time. Under the leadership of Hon’ble Prime minister @narendramodi Amit Shah @AmitShah,” Ganguly wrote in a tweet.

The Narendra Modi Stadium will now be a part of the new Sardar Patel Sports Enclave.“Ahmedabad is turning out to be the ‘sports city’ of the country,” Union Sports Minister Kiren Rijiju said. As the Stadium is hosting the exciting pink-ball Test between India and England, India has so far played only two pink-ball Test matches, winning one and losing one.