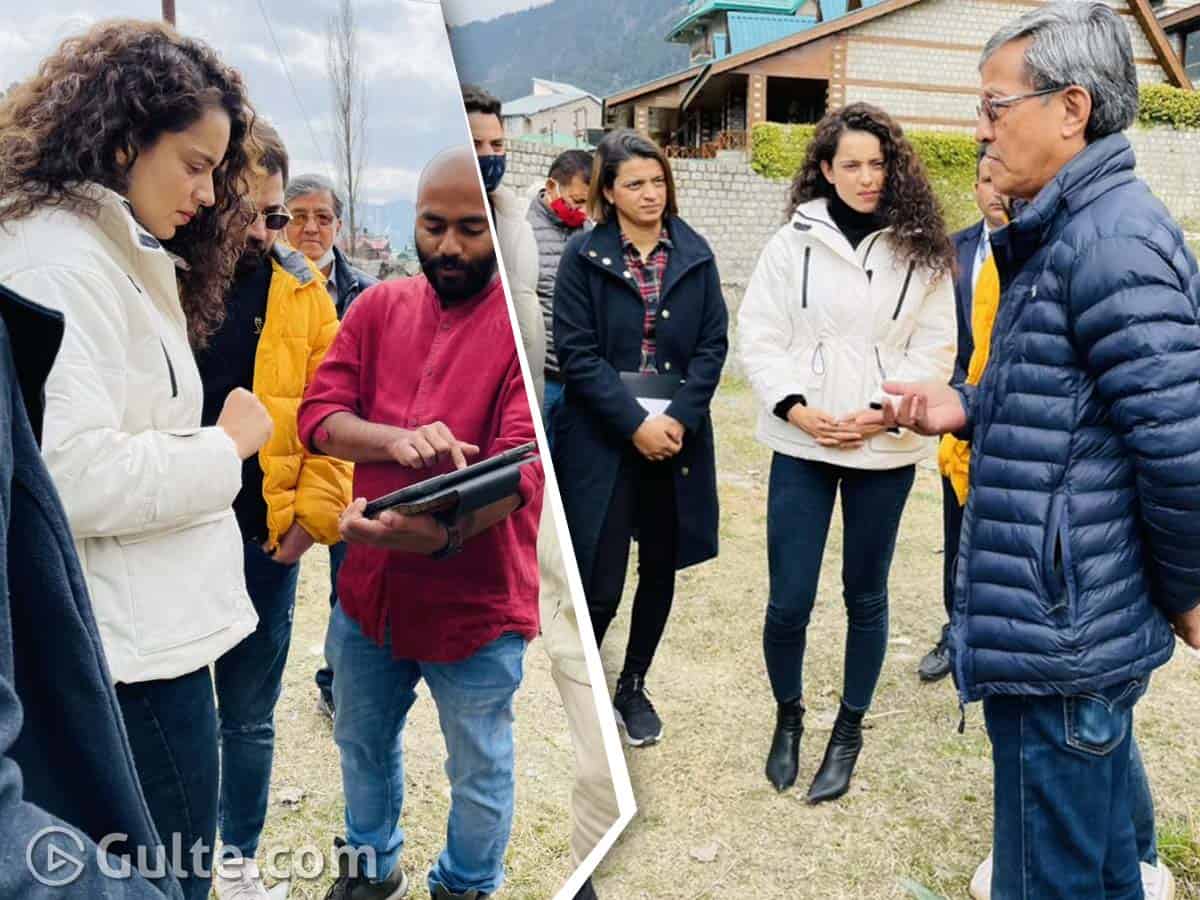 B-town actress, Kangana Ranaut, has had a successful 15 years career so far and she has proved her tenacity and persistence on ‘n’ number of things. Known for her straightforwardness and outspoken nature, Kangana garnered both fans and opposers.

The actress has now taken her talents into the kitchen as she ventured into the food and beverage industry. Kangana will reportedly open her own plush restaurant very soon in her hometown, Manali. She also shared the big news with her fans on social media, along with some photos of herself from the location of her new café and restaurant.

Kangana is seen with her sister Rangoli Chandel and the team working on opening the new restaurant. “Sharing my new venture my dream with you all, something which will bring us closer, other than movies my other passion food, taking baby steps into F&B industry, building my first cafe and restaurant in Manali, thanks to my terrific team dreaming of something spectacular. Thanks,” Kangana captioned.

Kangana also owns a clothing line for the brand Vero Moda, with a net worth of about $13 million. On the work front, Kangana is currently busy shooting for an upcoming action thriller Dhaakad. Also, the actress will be next seen in former Tamil Nadu Chief Minister J Jayalalithaa’s upcoming biopic Thalaivi and Hindi film, Tejas, where she will essay the role of an Indian Air Force officer.