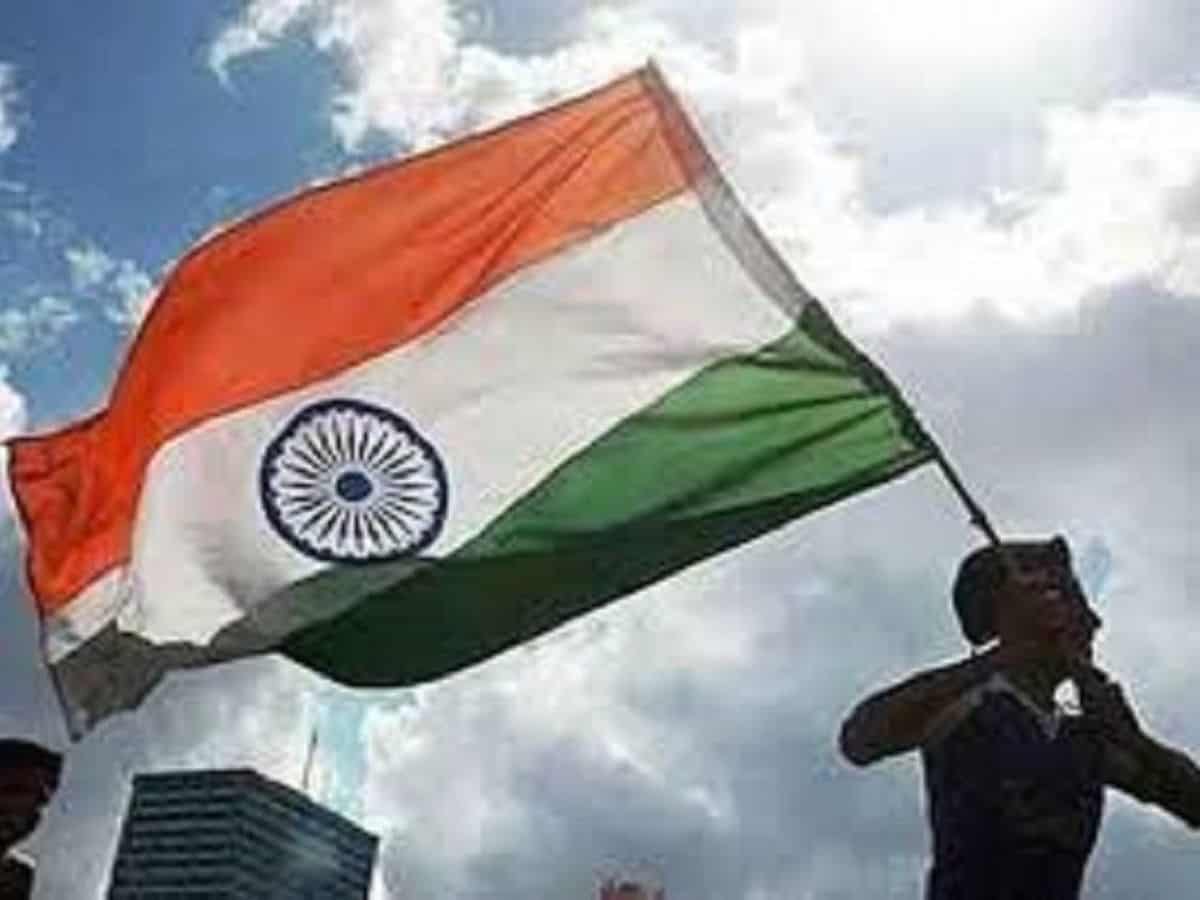 The Indian tri-colour has completed 100 years of its launch and evolved to the present version after undergoing several transformations. The national flag was initially designed by Pingali Venkayya, a Telugu man, during the freedom struggle. It played a major role during the Independence movement to keep the Indians together with the spirit to fight for the liberty of the country. This tri-colour was later modified into several versions.

Several leaders of the Congress and other parties too designed flags during the freedom movement but the one designed by Pingali was accepted by all as the symbol of Independence struggle.

Marking the occasion, the Pingali Venkayya Charitable Trust has decided to organise the centenary celebrations with the slogan ‘Jai Bharat-Jai Hind’ from April 21, 2020 to April 21, 2021. However, the Corona crisis played spoilsport and the festivities did not take off.

Charitable Trust chairman K.H.S. Jagadamba said the centenary celebrations of the national flag launch would be held in a grand manner once the crisis is over. Though there are no programmes being held marking the occasion, every Indian should salute to the tri-colour saying ‘Jai Bharat-Jai Hind’.

Venkayya was born in Krishna district on August 2, 1876. He was attracted towards the freedom struggle and joined the Indian Army. He even travelled to Africa to take part in Boer War. Inspired by Gandhiji’s spirit,  Venkayya took part in the Freedom Struggle after returning to India.

In 1916, he wrote a book ‘A national flag for India’ wherein he proposed 24 models of the flag. Venkayya showed a design with three colours – saffron, white and green, to Gandhiji who suggested that the Charkha, which signifies the power of wheel and also the symbol of self-respect, should also be included in it.

In1931, the tri-colour designed by Venkayya was adopted as the party flag of the Indian National Congress.

Later, the Charkha stood as symbol of economic development of India and as suggested by Gandhiji, Pingali Venkayya included it in the flag. The saffron is supposed to stand for Hindus, green for Islam and white for other religions. On the other hand, saffron also indicates strength and courage of the country, white stands for peace and truth while bottom band of green symbolises fertility, growth and auspiciousness of the land.

The Dharma Chakra, which replaced the Charkha, depicts the ‘wheel of law” in the Sarnath Lion Capital designed during the rule of Mauryan emperor Ashoka.