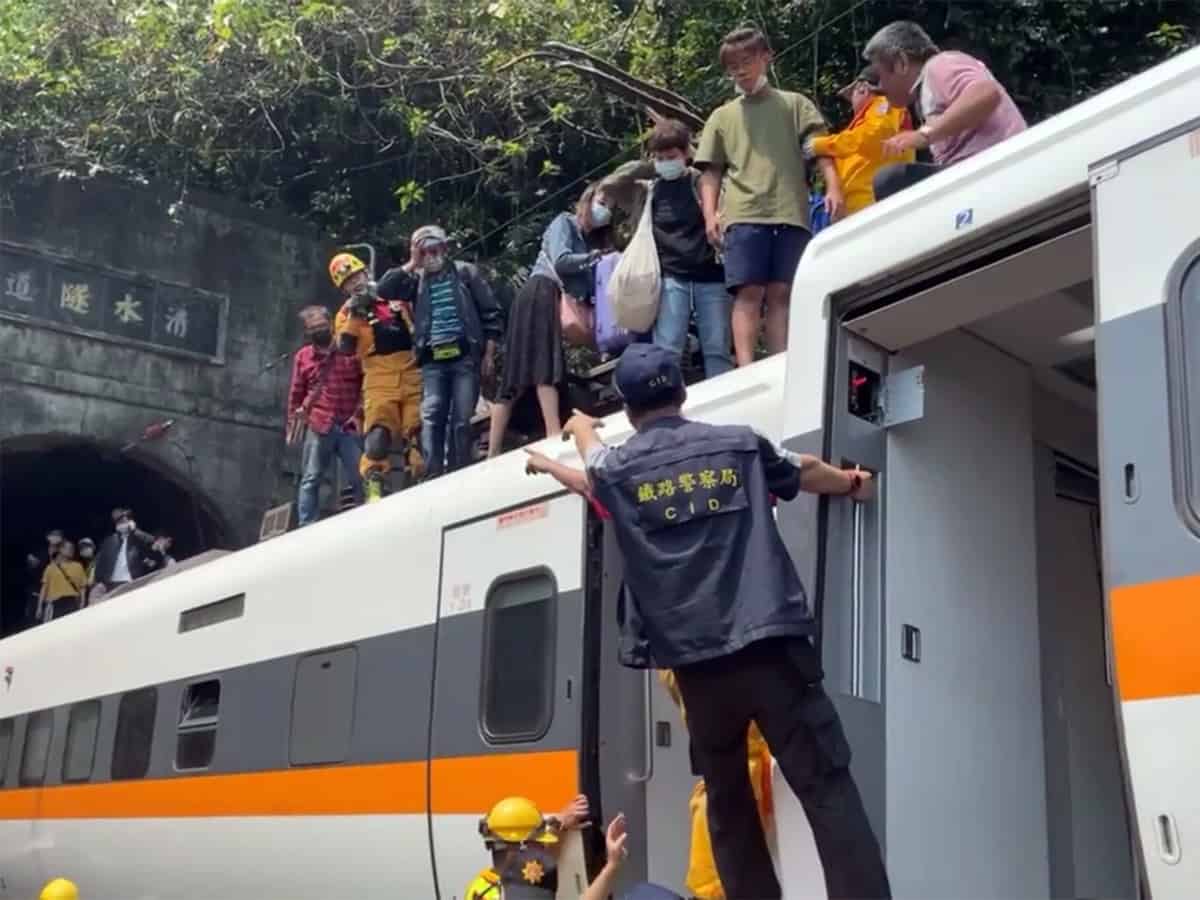 The Express train derailed on the east coast of Taiwan killing 51 people including the two drivers and injuring more than 150. This is said to be the deadliest train accident in decades. The Tatoko Express is of eight-coach and it crashed at a tunnel in Hualien Country at 9:30 a.m.

There were 492 passengers and four staff on the train. A maintenance truck appears to have been hit by the train as the former was not parked with a hand brake. Rescuers found 146 people seriously or slightly injured and sent them to hospitals for treatment.