Kashmiri Labourers In AP: Humanity In The End Prevails! 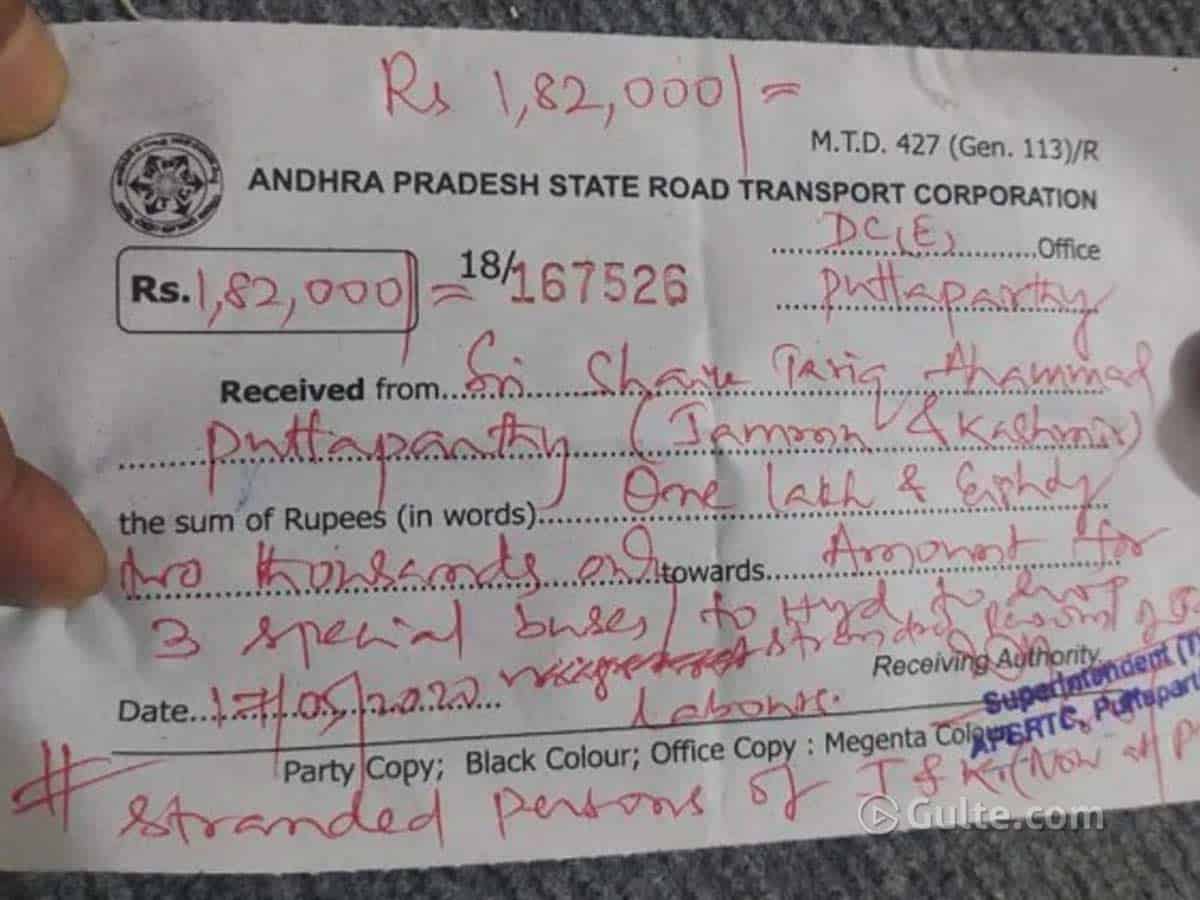 The migrant workers were the worst hit people of the lockdown. These people with no money, food and shelter are heading towards their places. But the Centre has decided to help migrant workers but reality is different.

In Puttaparthy, Andhra Pradesh, 80 Kashmiri labourers were stranded and when the Centre allowed them to travel back, they contacted the officials. The workers were asked to catch a train from Hyderabad but for that they need to travel in three buses practicing social distance. APSRTC had come forward to provide buses but the transport corporation reportedly charged Rs 1.82 Lakh from the Kashmiri workers.

The workers who had no work and money were looking at someone for help. Just when they had no hope, twin businessmen from the same region came into their rescue. Identified as Ram and Laxman Rao, they too contacted the local public representative and officials to waive off at least some amount of it and they were unsuccessful.

The Kashmiri workers needed the entire amount and they have no time. So the Ram and Laxman Rao have borrowed money from bank and made travel arrangements for the workers.

The Kashmiri workers thanked the twin brothers and promised to repay the same amount.

Well, humanity in the end prevails.