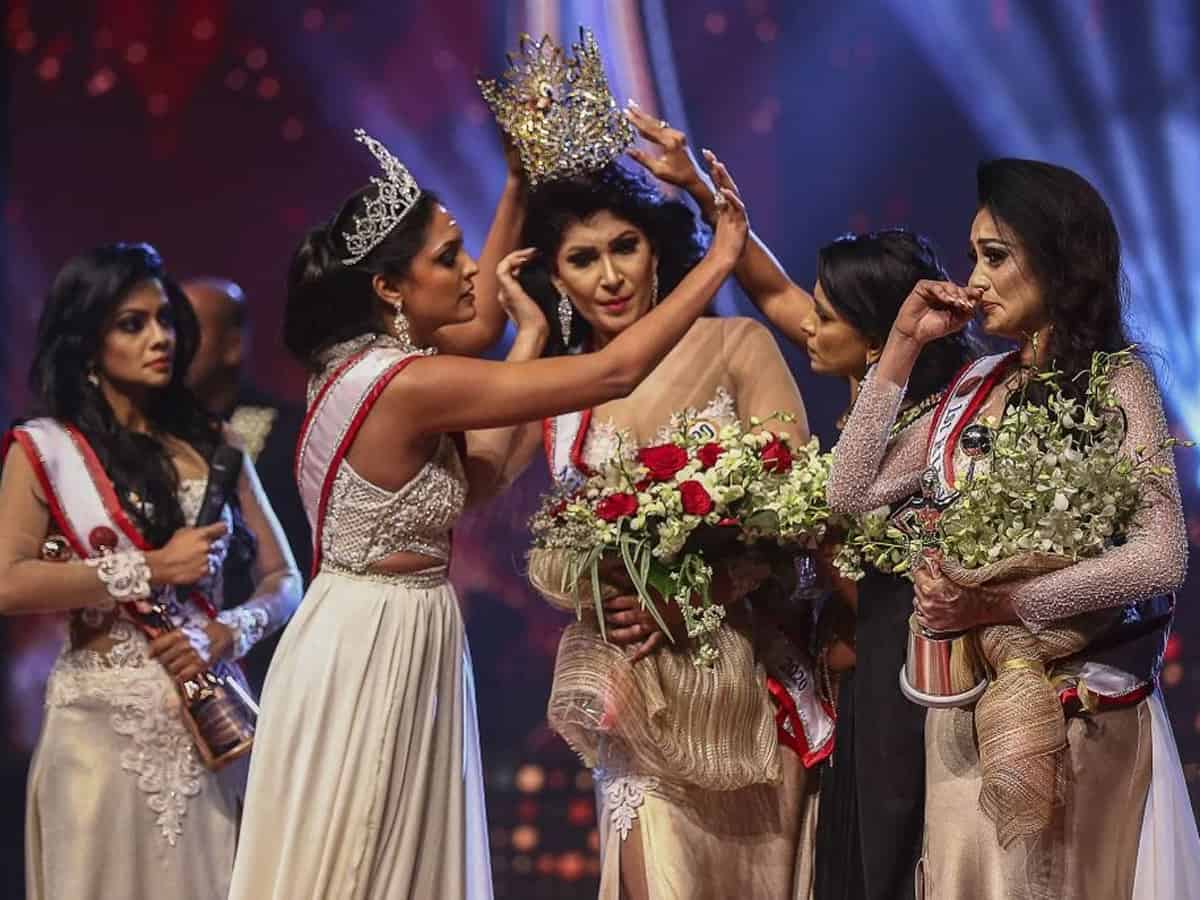 A shameful and appaling incident took place in the popular beauty pageant, “Mrs Sri Lanka” and the winner of the pageant sustained head injuries after an ugly brawl broke out on stage during the crowning ceremony.

The whole fight started when Pushpika De Silva won the “Mrs Sri Lanka” title and took a victory walk. But in an unprecedented move, the previous winner of the pageant, the reigning Mrs World and 2019 Mrs Sri Lanka, Caroline Jurie, snatched the crown from Mrs De Silva’s head and awarded it to the first runner-up.

Caroline Julie also explained later in the video that the winner is a divorcee and as per pageant rules a divorced woman cannot hold the title. “There is a rule that you have to be married and not divorced. So, I am taking the first step in saying that the crown goes to the first runner-up,” she said.

Julie ruthlessly tugged and pulled the crown from Mrs De Silva’s head that was entangled in the latter’s hair, In a great embarrassment, De Silva walked away and the first runner-up went on to give her victory speech. The whole incident was aired on national TV.

The very next day, Mrs De Silva wrote in a Facebook post that she had sustained injuries to her skull during the incident. “As I write this, I responsibly say that I am not a divorced woman. If I am divorced, I challenge them to submit my divorce papers,” she wrote. She also added that she took legal action on Caroline Julie. “A real queen is not a woman who snatches another woman’s crown, but a woman who secretly sets the other woman’s crown,” she concluded.

Soon after, the action was taken by the pageant officials who expressed their disappointment in Caroline’s behaviour. It has been clarified that Mrs De Silva is not a divorcee and that the crown would be returned to her.