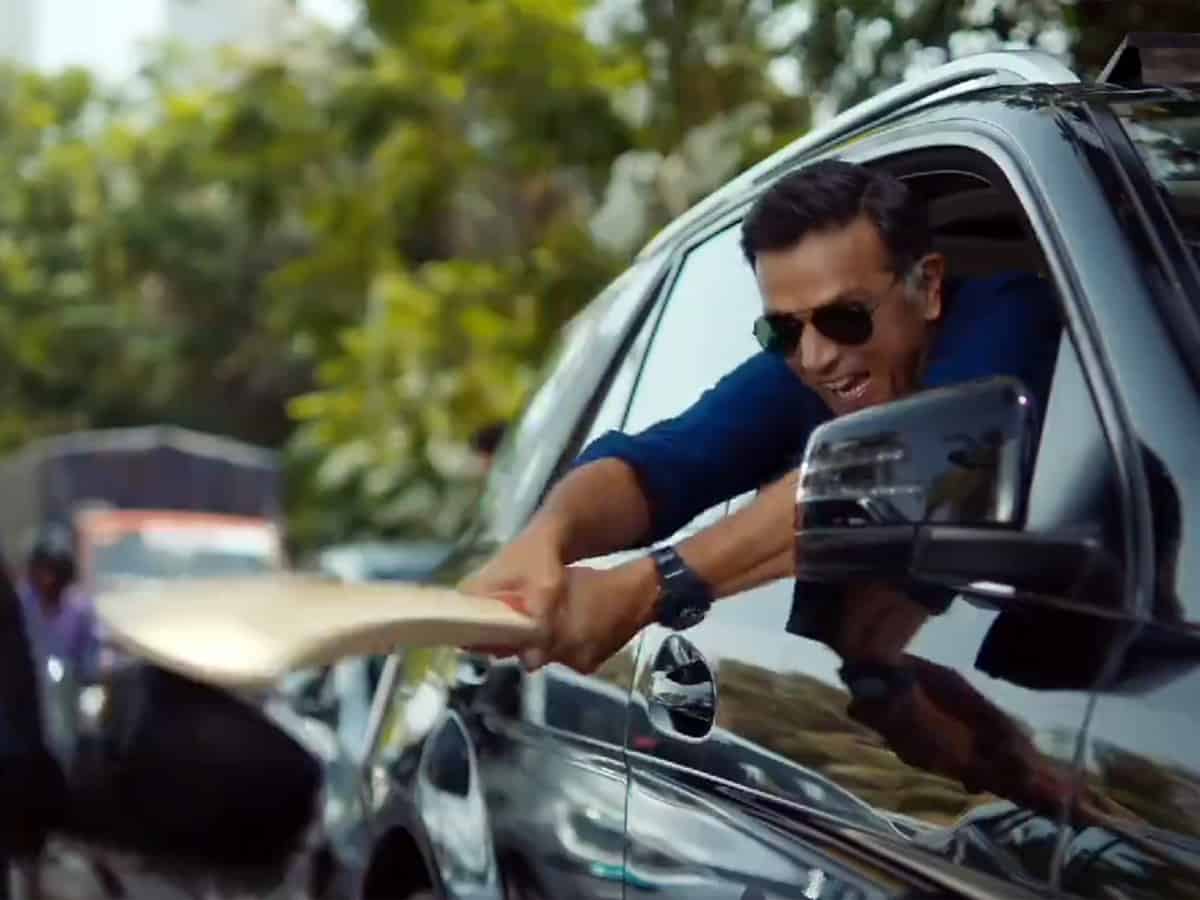 Indian cricketer Rahul Dravid is one of the most respected cricketers in the world. Many young cricketers today credit Rahul Dravid for their technique and improvement in performance over the years. However, Dravid never takes that credit and respects the hard work of these players. Another great quality that one can learn from Dravid is to be composed and calm. There are almost negligible instances when Dravid turned aggressive or expressed anger. But, the ex-cricketor’s anger issues are going viral on social media, of course for an advertisement.

CRED is one of the credit card bill payment platforms that rewards its members for clearing their credit card bills on time. During the IPL last year, CRED launched a new set of advertisements. For this year as well, the company shot a few ad commercials. One of them features Rahul Dravid. The latest advertisement introduces Dravid to us in an aggressive mode. In the ad, we can see him stuck in a traffic jam, picking fights, banging up the side view mirrors of other vehicles with a bat. Rahul looks annoyed and says, “Indiranagar ka gunda hoon main (I am the don of Indiranagar)”. Indiranagar is a locality in Bengaluru.

Indian team captain Virat Kohli reacted to the ad by tweeting about it. He shared, “Never seen this side of Rahul bhai.”

Popular Youtuber Tanmay Bhatt shot the video along with his team. Tanmay shared some behind the scenes information on Twitter.

“Rahul Dravid is one of the nicest, politest people I’ve had the pleasure of meeting. In the brief few hours, he taught me how to correct my batting stance (I do all my cardio while batting in the nets), was kind enough to share the most fascinating cricketing insights and most pleasantly surprising was his incredible curiousity. He asked about punchlines, and delivery, and the science behind writing and directing comedy. Incredible experience. What an absolute legend.” wrote Tanmay.