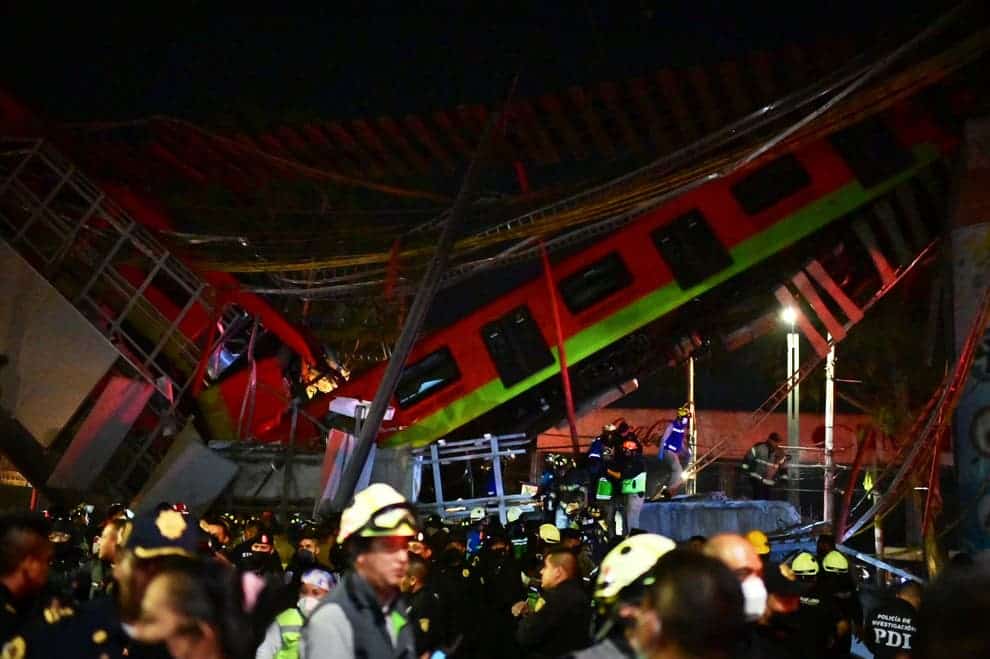 In an unfortunate accident, 15 people were killed and 70 were severely injured after an overpass carrying Mexico City metro train partially collapsed on to cars on a road. A video on local channel Milenio TV shows the horrific accident where an overpass of the metro’s 12 line collapsing on top of cars on a road below.

The emergency medical frontliners and firefighters were seen in pursuit of survivors through the wreckage. Mexico City Mayor Claudia Sheinbaum said 15 people were killed and that a car was trapped under the rubble. “Unfortunately there are dead and injured people. I am on-site supporting the installation of the command centre,” tweeted Sheinbaum.

The metro overpass collapsed in the southeast of Mexico City, near the Olivos and Tezonco stations. “What happened today with the Metro is a terrible tragedy. My solidarity with the victims and their families,” Foreign Minister Marcelo Ebrard said on Twitter..