The Chinese Rocket Debris Might Rain Down Anytime From Now 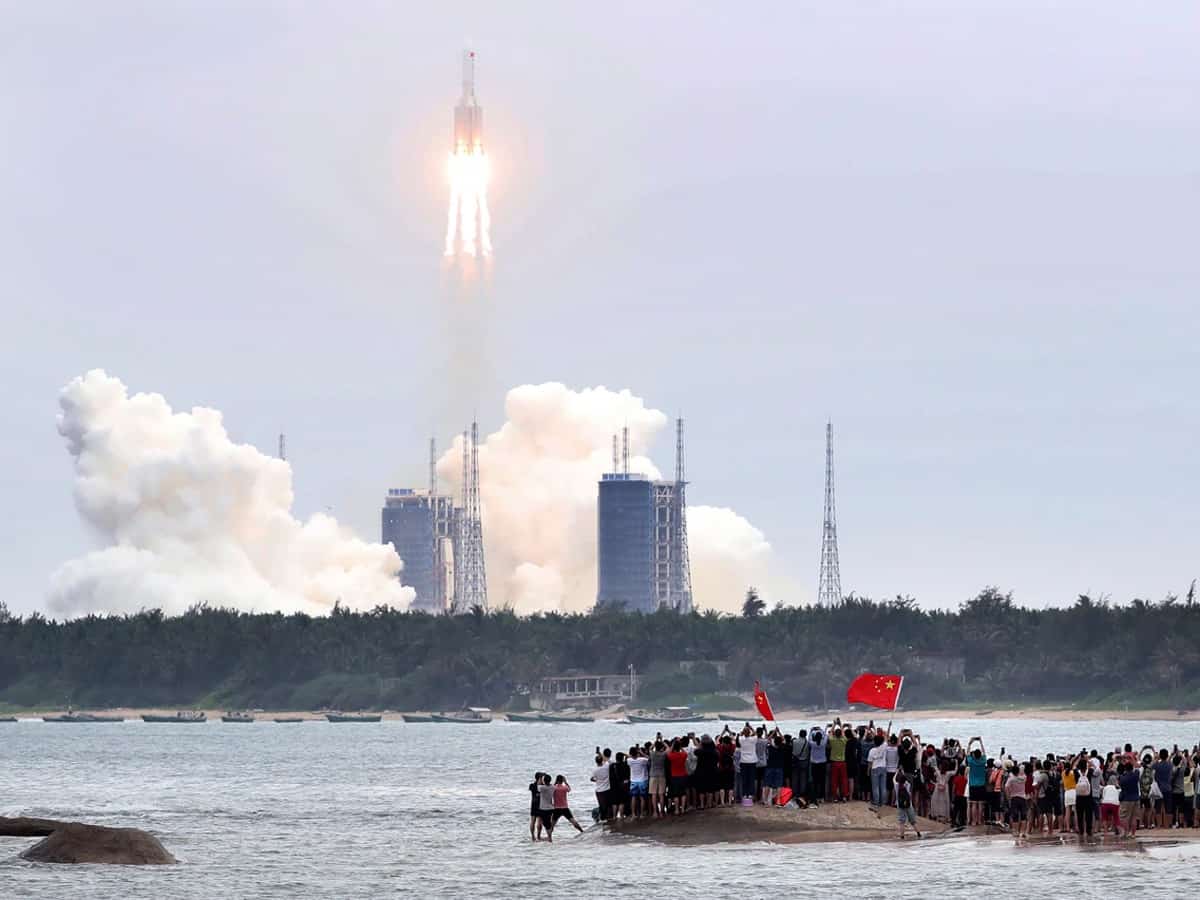 China’s Long March 5B rocket debris may rain down on Earth anytime now. It is already known that the large rocket is re-entering Earth’s atmosphere this weekend and could impact some to many places on Earth.

The Long March 5B rocket is around 100 feet tall and weighs 22 tons. The rocket’s exact entry point cannot be pinpointed, but the European Space Agency has predicted a risk zone on Earth’s surface between 41.5N and 41.5 South latitude, which includes all the Americas’ South of New York, all of Africa and Australia, parts of Asia, South of Japan and Europe’s Pain, Italy, Portugal, and Greece.

The US federally funded space-focused research and development company Aerospace Corporation reportedly predicted that the rocket is likely to re-enter near the North Island of New Zealand. Well, the debris could fall anywhere on the Earth and anytime from May 8, 10 am ET. The rocket is traveling at a speed of 18,000 miles an hour. The final destination of the rocket is still unknown.