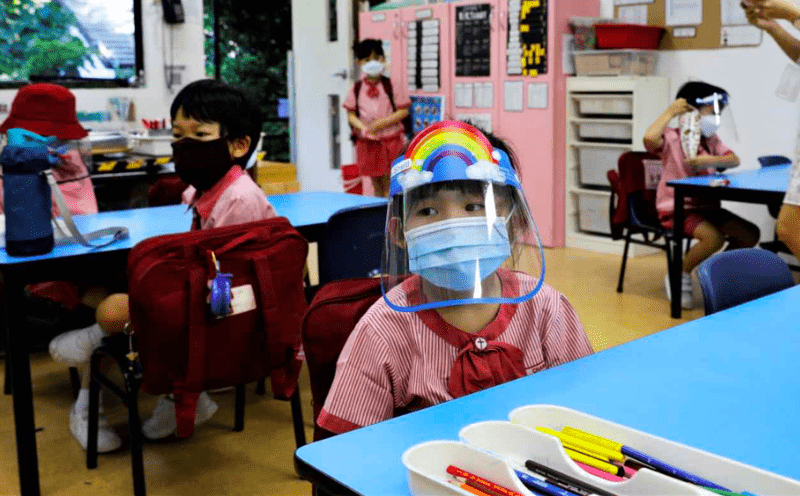 The authorities in Singapore warned its people of new coronavirus strains similar to the Indian variant. The country will be closing the schools from Wednesday as the new strain is likely to affect children. After witnessing zero cases for a long time, Singapore is again combating the rise in local transmissions of late.

At a virtual conference, authorities announced that primary, secondary schools, and junior colleges will be closed and be shifted to full home-based learning from Wednesday until the end of the school term on May 28. Also, the very same day, Singapore confirmed 38 locally transmitted coronavirus cases, the highest daily count in eight months.

Health Minister Ong Ye Kung stated that the B.1.617 strain “appears to affect children more”, which was first detected in India. Also, Education Minister Chan Chun Sing said “Some of these mutations are much more virulent and they seem to attack the younger children”. However, children who have been contracted the virus show mild symptoms and are not severely ill, the Minister confirmed.

The government further revealed its plan of vaccinating its students under the age of 16. Also, preschools and student care centres would remain open to support working parents. Currently, Singapore is functioning under severe restrictions like banning restaurant dine-ins, limited public gatherings to two, closed gyms, banning non-passengers from entering the airport terminal and etc.