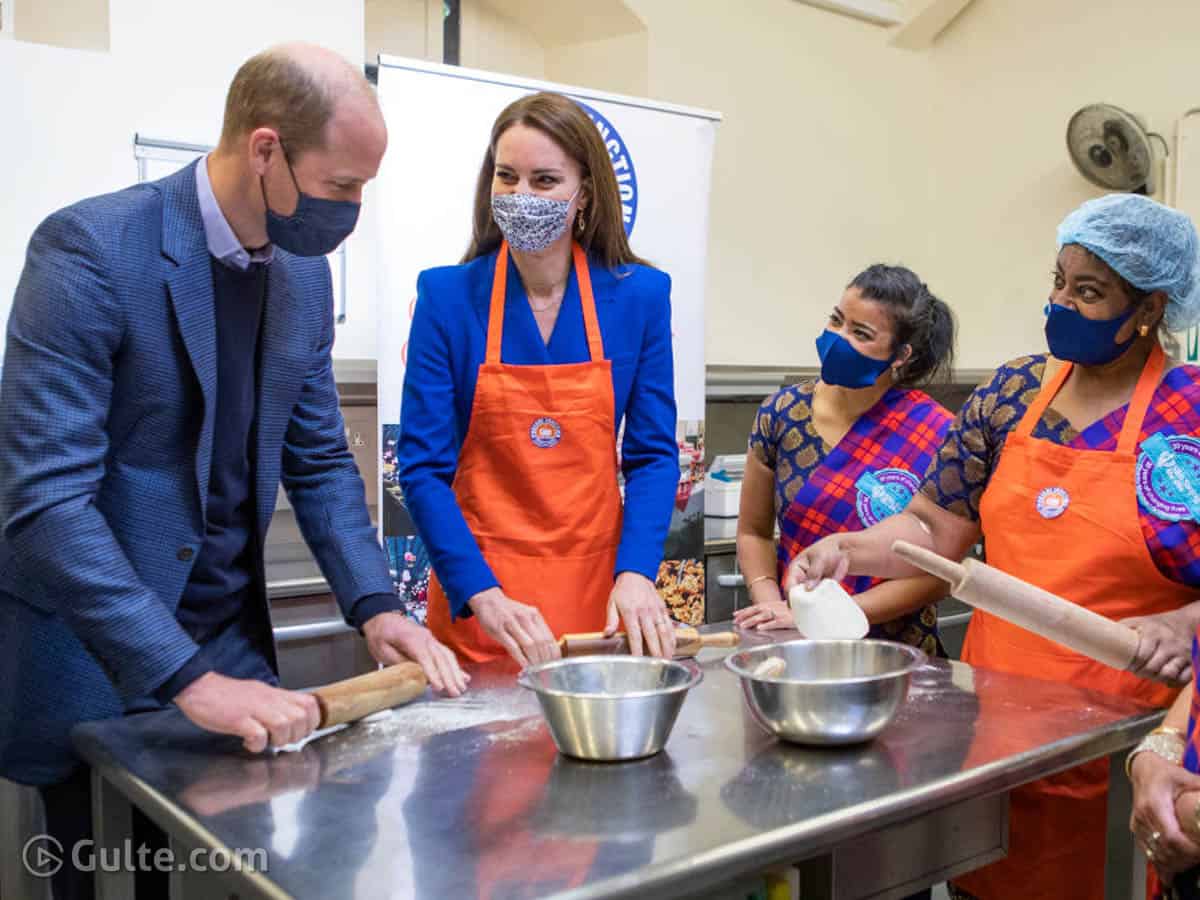 The Royal family’s Prince William and Kate Middleton (Duke and Duchess of Cambridge) are making their way around Scotland on a weeklong trip. Along visiting various institutions. the couple also visit Scotland’s capital Edinburgh and joined hands with members of the Sikh Sanjog, a Sikh community group, to help prepare meals.

Sikh Sanjog, who has been distributing meals to vulnerable families across Edinburgh, placed their cafe at the Palace of Holyroodhouse. Palace of Holyroodhouse is the official residence of the Queen in Scotland. The pictures from the trip show Kate and Willaim assisting the representatives in making chapatis. Prince William mentioned that Kate Middleton is a spicy food lover and she also tried her hands in making the dal.

“Cooking up a storm in the café kitchen at the Palace of Holyroodhouse with Sikh Sanjog, where The Duke and Duchess prepared meals to be distributed to vulnerable families across the Edinburgh community,” read the caption from their official social media account. The Sikh Sanjog charity was established in 1989 in Edinburgh to support women from the Sikh community integrate into Scottish society and aims to empower them. The lockdown has once again made the charity busy with proving meals to the vulnerable twice a week.

As a part of his Lord High Commissioner role, Prince William began the week-long visit to the General Assembly of the Church of Scotland. The couple’s itinerary also consists of the University of St Andrews. This was the place where the royal couple met 20 years ago. They both studied art history here and the friendship developed into romance back then.