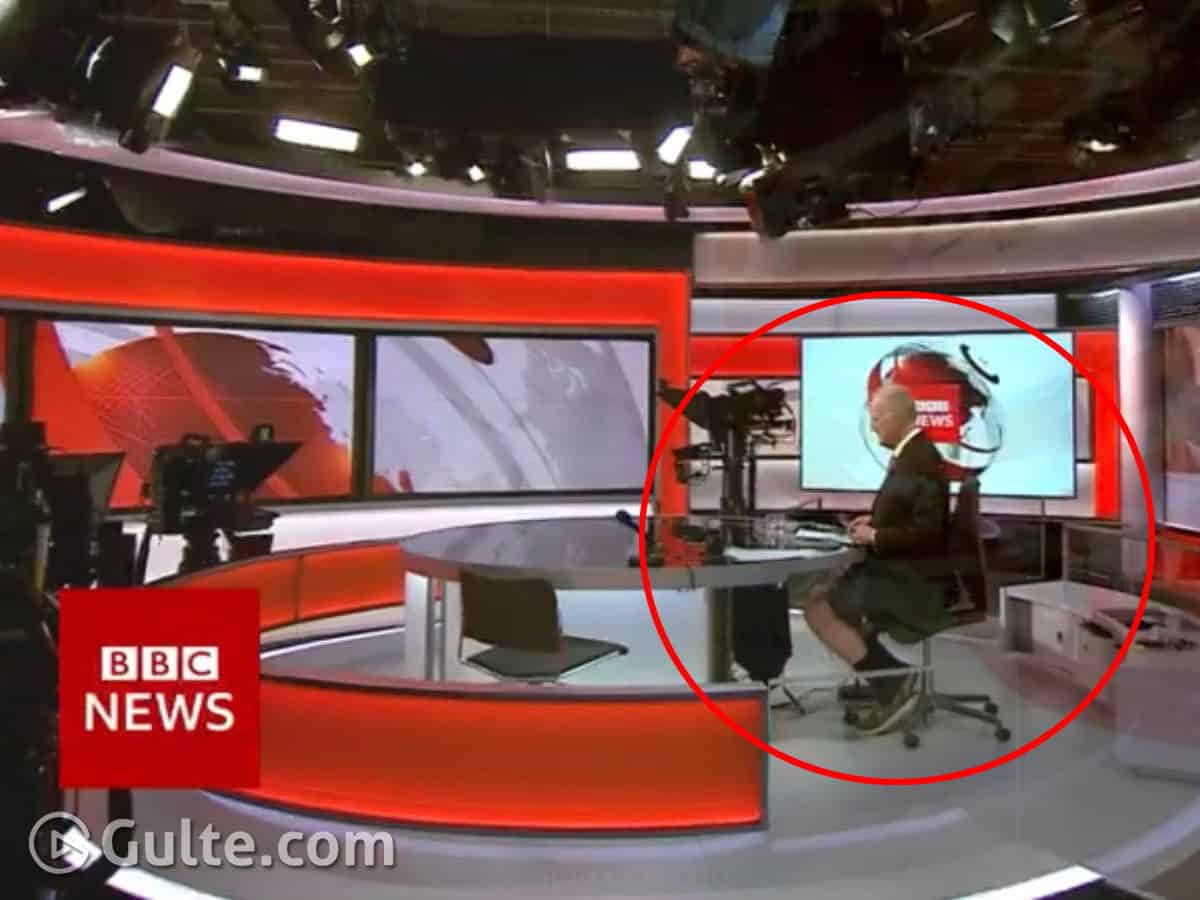 Every day, professional news anchors and reporters hit the airwaves on live television to report the day’s news. Among them, we see a lot of blunders and on-air screw-ups. The trend of news bloopers achieving viral video status has really gotten to be huge. Before you know it, your embarrassing moment gets turned into an animated gif, and if you’re really unlucky, you’ll even become a meme. Horrors!

In a similar vein, BBC new anchor Shaun ley is now facing trolls and embarrassment for pairing the suit with shorts. The hottest day of the year, today in the UK is no excuse for newsreaders to go easy on dress code. They are ought to wear formal and heavy suits under sweltering lights. The popular BBC anchor, Shaun Ley was spotted wearing shorts and deck shoes under the desk in a live TV blunder and it was a blink-and-you’ll-miss-it moment.

But the insanely eagle-eyed viewers did their best to grab the blunder as the camera panned across his desk in a wide shot, exposing his semi bare legs which were craving for some fresh air in the hot surroundings. The excruciating hot weather and heat lights in the studio is making it difficult for anchors to wear work-appropriate and Shaun Ley must have decided to settle for free fabric on the body. But the mistake of a wide-angle shot became a hot topic.

However, with a little bit of humanity left, the majority of netizens sympathised with Mr Ley’s attempt to work through the heat. In fact, last Friday was also a similar experience for the reporter as he was spotted in his long trousers, leaving everyone chuckled. Surely, he is a formal up, party down cool-vibe guy who does not give a damn about the world.