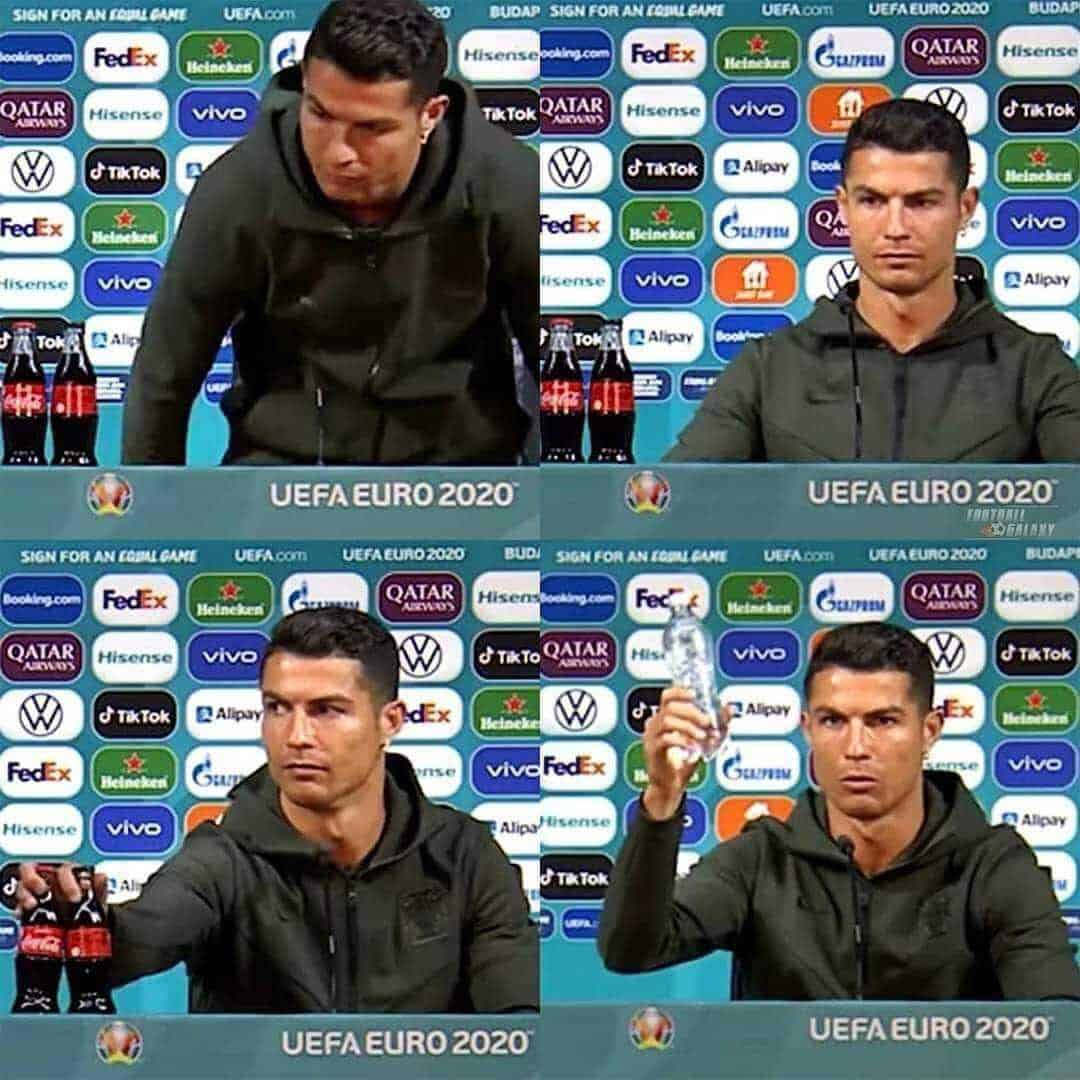 Ace Portuguese Footballer, Cristiano Ronaldo by himself is the most followed man on social media with a following larger than the population of America. He has three times as many followers as all Major League Baseball players combined and Ronaldo became the first athlete back then to reach 200 million combined followers across all social media platforms.

With 300 million followers on Instagram and 92 million on Twitter, he is idolized by huge masses while some even follow him blindly doing whatever he believes. In a similar vein, Ronald, who moved two Coca-Cola bottles in a press conference yesterday, gave a vastly negative impact on the brand itself in an unprecedented manner. A big drop in Coca-Cola’s stock price was witnessed soon after Ronaldo’s action.

Let’s once again recall yesterday’s incident. The footballer is a fitness enthusiast who boasts an extraordinary set of athletic skills, combining rapid pace and agility with elite aerial ability and power. And it is obvious that he does not encourage drinking carbonated soft drinks, which is why he moved two bottles of Coca-Cola kept in front of him at a Euro 2020 press conference. He later encouraged people to drink water instead. He followed it by holding a bottle of water before shouting in Portuguese: ‘Agua!’ This had a serious impact on the company as Coca-Cola’s stock prices dropped 1.6%. They went from being worth USD 242 billion to USD 238 billion, which is a loss of USD 4 billion.

Metaphorically, there’s no point in having the nicest car if you’re not going to put the right fuel in it. Ronaldo, unsurprisingly, takes his diet very seriously. “A good workout must be combined with a good diet,” he states. “I eat a high protein diet, with lots of wholegrain carbs, fruit and vegetables, and avoid sugary foods.” Cristiano Ronaldo was not okay with Euro 2020 coordinators for keeping two Coca-Cola bottles in the press conference room yesterday. The American drink organization is the sponsor of Euro 2020. Soon after, netizens lauded the soccer superstar for showing his leadership qualities profoundly. “Kids will see this and will act accordingly,” said one ardent fan.