US: Woman Gets Hundreds Of Boxes From Amazon Without Ordering Them 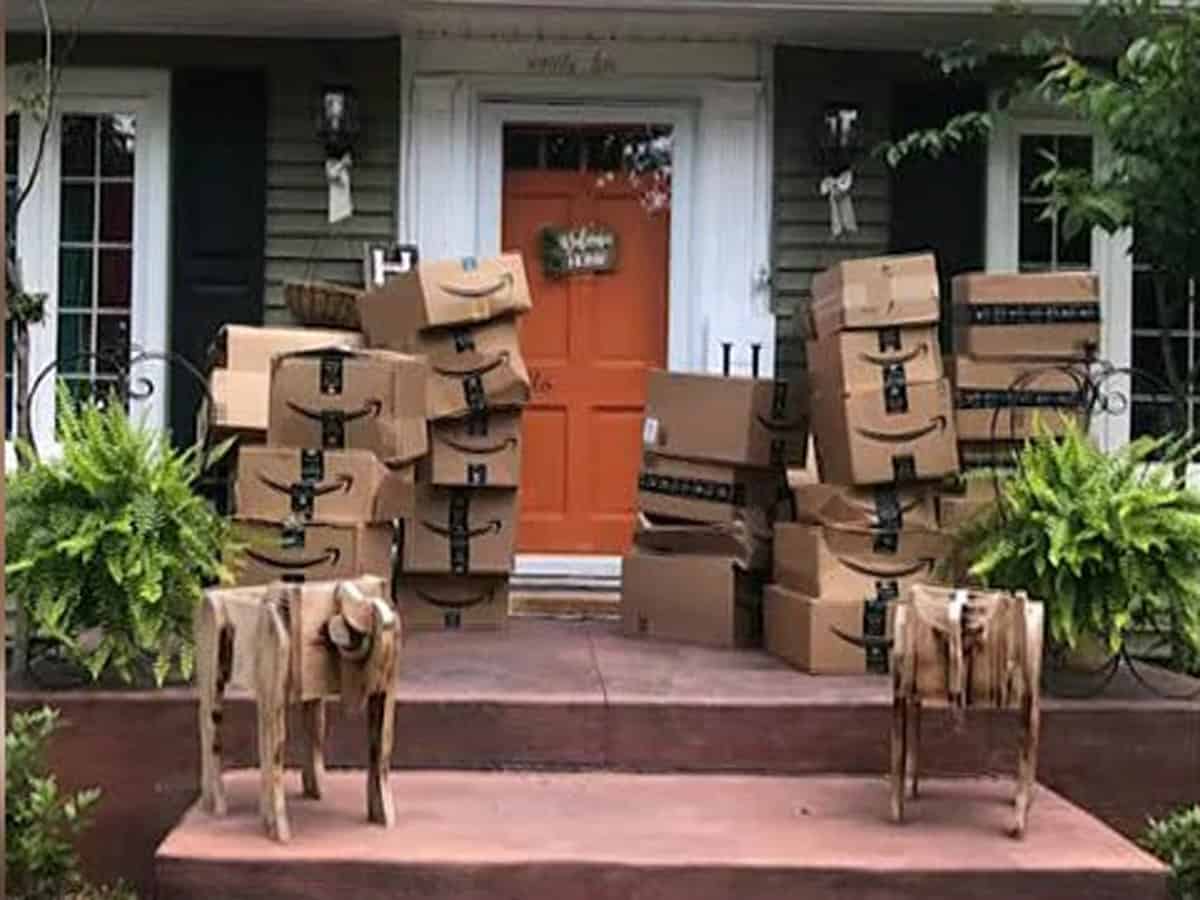 A woman in New York named Jillian Cannan said that she had been receiving copious amounts of packages, mostly carton boxes from Amazon even though she did not place any orders of late. She kept receiving multiple boxes in a day and Ms Cannan began piling up the boxes so high that she told even her neighbours could not see the front door of her residence.

Right from June 5, Jillian Cannan has been receiving orders which are being delivered on huge delivery trucks. She said that she initially thought her business partner ordered them. But after witnessing thousands of items that are not pertinent to her business, she became alert that it could be a scam. Soon after, the lady contacted the customer support service of Amazon and gave a complaint of receiving unsolicited packages. Simultaneously, she also posted about the situation on her Facebook account. Amazon executives drew a conclusion that those boxes which she received are officially hers as they had been delivered to her address.

When she opened some of the boxes, she found that they contained thousands of silicone support frames to use inside face masks in both adult and children’s sizes. In the meantime, parcels did not stop and kept arriving. The packages also reportedly did not have a return address. The lady said that she decided to search using the tracking numbers and scanning barcodes to learn what was going on. “At first I was convinced that it was a scam, or maybe someone trying to clear out their warehouse,” Ms Cannan said. “But because all of the items were the same, I don’t think that’s the case here.” And no one could do anything, even Amazon or people known to her. After repeated attempts, Amazon was able to trace the original owner.

But, to her ordeal, the e-commerce company also told Ms Cannan that she would have to keep the items already delivered besides 1000 more boxes that were already in transit. “I want to apologize for the trouble this recent situation has caused you and your family. I can only imagine how this moment in time has impacted your lives,” Amazon’s executive customer relations wrote to Cannan, as per the screenshot of the email posted on her Facebook page. Now that she received a plethora of material, she gave it a thought for a couple of days and Cannan decided to use the face mask brackets to create DIY mask kits for patients at the local children’s hospital. The sore and bizarre story also made it to Jimmy Fallon’s popular chat show called The Tonight Show.