Trump Hides In Bunker To Escape From Protests 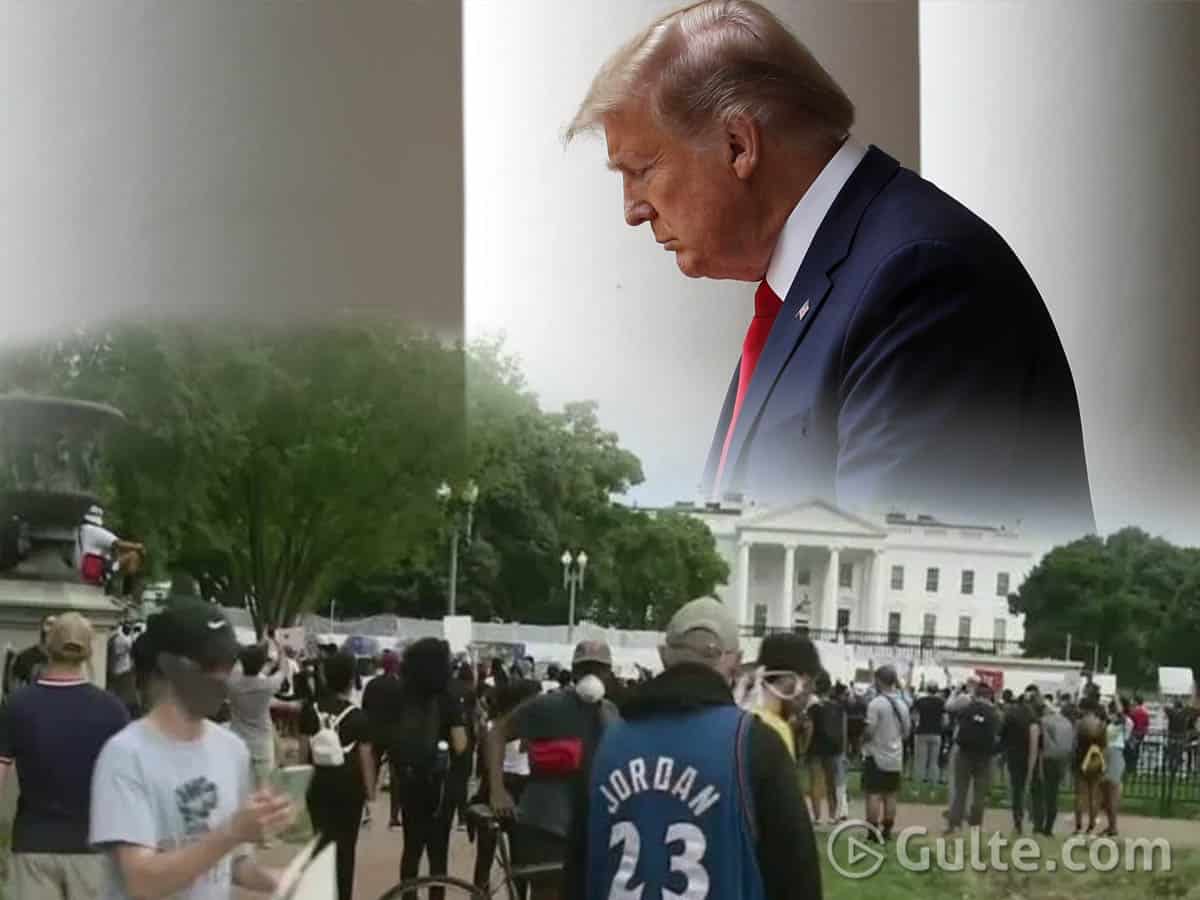 It is known that the President of the USA will be given top security that no other President or Prime Minister ever gets in the world. Yet USA has a history of Presidents facing mysterious deaths. A special wing called Secret Service is just meant for US President’s security and they step into scene during critical times when President’s life is under threat.

A similar incident got reported on Sunday and the Secret Service had hid the US President Trump in a bunker. Going into details, the US is boiling with the death of African American George Flyod. The protests in the country have touched peaks and on Sunday protesters reached the White House which is the official residence of US President.

The protesters reached toward the North side of White House. Alerted by this the police installed plastic barricades but the agitators set the barricades on fire and even stormed at the police. The Secret Service sensed trouble and so have sent President Trump into a secret bunker and he was kept in it for nearly hours.

Hiding President in a bunker rarely happens and Secret Service uses it when terrorists attacks take place. After the situation was brought under control, Trump got out of the bunker. But it is yet to be known whether Trump’s wife and son were also kept in bunker or not.

Meanwhile the protests in USA are increasing with each day passing.